Philanthropy is a huge part of what makes America America.

Start with the brute numbers: Our nonprofit sector now employs 11 percent of the U.S. workforce. It will contribute around 6 percent of GDP in 2015 (up from 3 percent in 1960). And this doesn’t take into account volunteering—the equivalent of an additional 5 to 10 million full-time employees (depending on how you count), offering labor worth hundreds of billions of dollars per year.

America’s fabled “military-industrial complex” is often used as a classic example of a formidable industry. Well guess what? The nonprofit sector passed the national defense sector in size way back in 1993.

And philanthropy’s importance stretches far beyond economics. Each year, seven out of ten Americans donate to at least one charitable cause. Contributions are from two to ten times higher in the U.S. than in other countries of comparable wealth and modernity. Private giving is a deeply ingrained part of our culture—a font of social creativity and crucial source of new solutions to national problems. Voluntary efforts to repair social weaknesses, enrich our culture, and strengthen American community life are and always have been a hallmark of our country.

Yet, somehow, there exists no definitive resource that chronicles American philanthropy broadly and explains it in a context where it can be fully understood and appreciated. Until now.

This Almanac of American Philanthropy offers everyday citizens, givers, charity workers, journalists, local and national leaders, and others the information needed to put in perspective the vital role that philanthropy plays in all of our daily lives. The facts, stories, and history contained in these pages can fill gaping practical and intellectual holes in our self-awareness.

You will find here an authoritative collection of the major achievements of U.S. philanthropy, lively profiles of the greatest givers (large and small), and rich compilations of the most important ideas, statistics, polls, literature, quotations, and thinking on this quintessentially American topic.

There are also Iliads and Odysseys of human interest in this volume. Some tremendously intriguing Americans of all stripes have poured time and treasure into helping their fellow man. You’ll meet lots of them here.

Absent the passion and resources that our fellow countrymen devote to philanthropy, it’s not only our nation that would be less thriving. Our individual days would be flatter, darker, uglier, more dangerous, and less happy. You’ll find vivid evidence of that in machine-gun presentations throughout this book. Let’s get a taste by meeting a few of the hundreds of philanthropists who populate the almanac.

Ned McIlhenny, born and raised on a Louisiana bayou, was an expert on camellias, on alligators, on the hundreds of varieties of bamboo that grow around the world, and on wild turkeys. He was an Arctic explorer. His skills as a hunter once helped save the lives of 200 ice-bound sailors. He was an ornithologist who personally banded more than a quarter of a million birds. He also had a day job selling the hot-pepper condiment invented by his family: McIlhenny Tabasco sauce.

It turns out there is real money in burning mouths, and McIlhenny used his for an amazing array of good works. For one thing, he got very attached to a fellow native of Louisiana’s bayous: the snowy egret. When McIlhenny was young, hats bearing egret plumes were for ladies what Coach handbags are today. This fashion mania had the effect of nearly driving the snowy egret to extinction, and no one was doing anything about it. So the philanthropist swung into action. 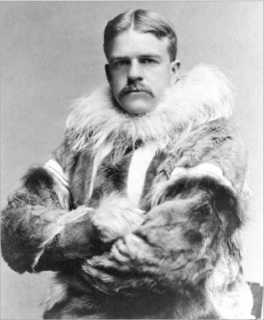 McIlhenny beat the bushes in wild parts of the island his family owned, and managed to find eight baby egrets in two nests. He raised these hatchlings in a protected area, paid for their care over a period of years, and by 1911 had built up a population of 100,000 egrets on his private refuge. He simultaneously recruited John Rockefeller, Olivia Sage, and other philanthropists to buy up and preserve swampy land in Louisiana that is important as winter habitat of migratory waterfowl, including egrets. And in this way he rescued a magnificent creature that was on the verge of disappearing from the Earth.

Later in his life, McIlhenny took action to stave off a very different kind of extinction. He had been raised with Negro spirituals in his ears, and loved them dearly. Around his 60th birthday, McIlhenny realized that these songs —which then existed only in an oral tradition—were dying out and at risk of being forgotten forever. So he again sprang into action with both his checkbook and his personal involvement.

He used his contacts to find two elderly singers who still remembered many of the songs. He hired a musicologist to sit with him, and as these ladies sang their hearts out, the two men wrote down the lyrics and melodies and harmonies as fast as they could scribble. In this way they preserved the music in scrupulous detail, exactly as it had been handed down among generations of slaves.

McIlhenny then published these songs as a book, which became a classic of the genre. All but a handful of the 125 spirituals he captured were unrecorded in any other place—he single-handedly saved these soulful artifacts of American history for future generations.

McIlhenny’s songs included one that provided Martin Luther King Jr. with his most famous line:

When we allow freedom to ring…from every village and hamlet…we will…speed up that day when all of God’s children, black men and white men, Jews and Gentiles, Protestants and Catholics, will be able to join hands and sing in the words of the old Negro spiritual: “Free at last! Free at last! Thank God Almighty, we are free at last!“ 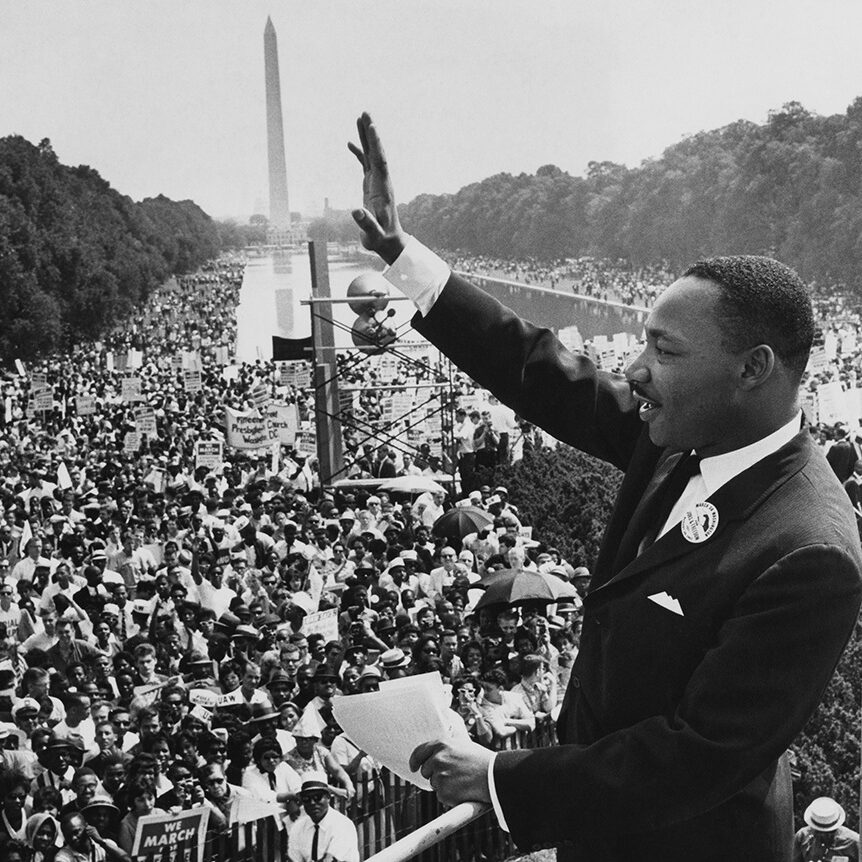 Another red-blooded American philanthropist who helped freedom last was Alfred Loomis. His philanthropic field was national defense. Many of us think of defense as the ultimate government responsibility, and a place without room or need for philanthropy, so it may come as a surprise to learn that throughout our history private donors have played important roles in securing our nation. Private donors financed our Revolution. They created the modern field of code-making and -breaking. Donors single-handedly developed the field of rocketry, and fanned private space launch into fiery success. (See “Donors Who Come to the Aid of their Country” in the Summer 2015 issue of Philanthropy magazine for details on how philanthropy has repeatedly bolstered our national defense.)

No donor was more crucial in building America’s military strength than Alfred Loomis. After financing much of the electrification of rural America as a Wall Street dealmaker, he became convinced that the stock market was overvalued and converted everything he owned to cash and T-bills in 1929. When the October 1929 Crash came he was not only protected but in a perfect position to go shopping at bargain prices. By the early 1930s Loomis was one of the richest men in America, and at age 45 he retired from finance to put all of his time and energy, and much of his money, into his true love: science. He set up one of the world’s great science labs in a mansion near his home, invited top researchers from around the world to experiment there, and conducted his own state-of-the-art investigations.

While visiting Berlin in 1938, Loomis was disturbed to find how popular Hitler was, and how good German scientists were. He returned home convinced that war was brewing, and that science would have a lot to do with who won. So he poured himself and his money into one new field where he thought science might be able to contribute to the war effort: using radio waves to detect moving objects. His lab quickly became the national leader in what we now call radar. Thanks to Loomis’s funding and leadership, practical radar sets were created under his supervision and delivered to the Army and Navy by the thousands, turning the tide of World War II.

If radar won the war, the atomic bomb ended it. And as it happens Alfred Loomis had a lot to do with that as well. The method he used for his radar triumphs was to relentlessly gather the best scientific minds, without regard to their prior specialties, give them rich resources, and protect them from bureaucratic interference. When it became apparent how powerful Loomis’s modus operandi was, it was directly copied for the Manhattan Project; indeed most of his scientists were transferred over to work on the bomb. Franklin Roosevelt later said that aside from Winston Churchill, no civilian did more to win World War II than Alfred Loomis.

By the way, it isn’t only Alfred Loomis’s brilliant model for conducting crash research that lives on today. He also left behind a flesh-and-blood embodiment of his whirlwind entrepreneurial philanthropy. His great- grandson is Reed Hastings—who as CEO of Netflix, and one of the nation’s most influential progenitors of charter schools as a donor, has been a huge game-changer in both business and philanthropy.