How a Florida Nonprofit Keeps Kids out of Foster Care

Last spring, Lindsey Taylor’s five-week-old son came home from daycare with significant bruising on his left foot. She took him to the emergency room, and the Department of Child Services (DCS), not knowing whether the bruising had occurred at home or not, announced social workers would have to take little Amerson away while they conducted an investigation.

Taylor was terrified that her son would be taken away for good. “I’m getting short of breath even thinking about it,” she says now.

The DCS investigator gave Taylor the opportunity to let Amerson stay with family or friends, rather than go through the foster care system, while the investigation was conducted. A single mom of two who was working two full-time jobs, Taylor didn’t have any close connections in the area. She had lived in southwest Florida for just a year and half, and her family was all out of state. “I scrolled through contacts in my phone,” she says. “There was absolutely no one I could call.”

Then the investigator asked if she had heard of Better Together.

A Florida-based nonprofit founded just a few years ago, Better Together keeps children out of the foster care system by placing them with host families, most of whom volunteer through local churches. The families are not paid, and they have no expectation of adopting the children themselves (parents maintain legal custody of their children throughout the process). The point is not to find new homes for children, but to give them loving, stable, temporary ones. Out of the 1,600 children Better Together has served, 96 percent have stayed out of the foster care system entirely.

That sounded good to Taylor. Better Together placed Amerson with an elderly couple in the area for five days while the investigation was underway. The couple met with Taylor one day at a Dunkin’ Donuts so she could spend time with Amerson and meet the family taking care of him. They texted her pictures and called her on the phone to share how he was doing. While the pain of having her son taken away wasn’t erased, Taylor says she was able to breathe a “sigh of relief.” 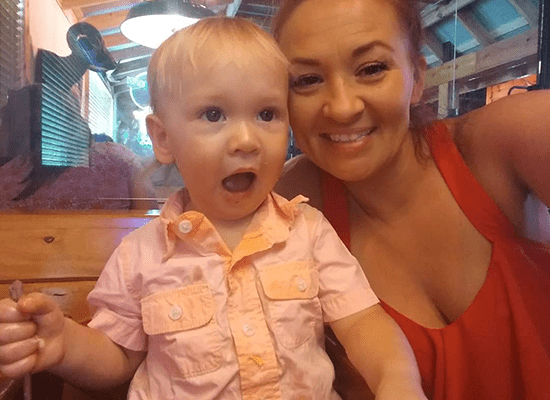 Over a year later, Taylor still keeps in contact with the couple; in fact, they were going to attend Amerson’s birthday party until the coronavirus pandemic waylaid those plans. Taylor even referred Better Together to a friend who was able to find a home for her children while she recovered at a domestic-violence shelter.

“These are families who are here for you and me and anyone else who’s facing a hardship,” Taylor told her friend.

Doug Campbell, a donor and board member of Better Together, says he helped the nonprofit get off the ground in 2015 after working as a volunteer child advocate for 20 years. He was looking for a model that would connect kids with volunteer families, rather than putting them in the government’s hands. “Government funding is poisonous,” Campbell says. “That’s the reason the foster care system doesn’t work.”

Better Together operates with a small staff of about a dozen people, supported by hundreds of volunteers, “at a cost that is minuscule compared to the cost of the government foster care system,” Campbell explains. More than a dozen private donors and foundations give grants ranging from $5,000 to $250,000 to support its work. And of course, none of its funding comes from the government.

With Better Together, parents can opt out at any time, which is “really important because there’s no threat,” Campbell says. “The reason people go too long before they get help from the government is they don’t want to lose their kids.”

Leading the staff is Megan Rose, Better Together’s CEO. She says Better Together has remained fully operational during the pandemic, which is important: It has seen a 155 percent increase in need. “We haven’t had to turn away a single family,” she says. “That’s a powerful example of civil society.”

Better Together’s effort to keep children out of the foster care system is called Better Families. More recently, it launched an initiative to keep families from reaching desperate situations in the first place: Better Jobs. As with Better Families, the program uses the resources of local churches to reach out to and support the needy in the area.

In this case, churches host job fairs (now virtual) to connect hiring managers and employers with those in need of work. Since March, Better Jobs has hosted three virtual job fairs, with 60 percent of participants walking away with employment. “We humanize the job-seeking process and really encourage a job fair culture that emphasizes relationships,” Rose explains.

Building relationships seems to be Better Together’s trademark. This summer, Taylor found herself in the emergency room suffering from a heart attack. At 3 a.m., she called a staff member at Better Together, who found a family to watch Amerson while she recovered in the hospital. “That was the only call I could make,” she says. “I truly needed help. They were right there for me.”