A Creative Approach to Higher Ed

Franklin Olin was a classic American entrepreneur who became a generous philanthropist. Hundreds of millions of dollars of his family money was poured into higher education. Walk the campuses of many of America’s best universities, and you’ll find a total of 78 different Olin Halls spread across the country. 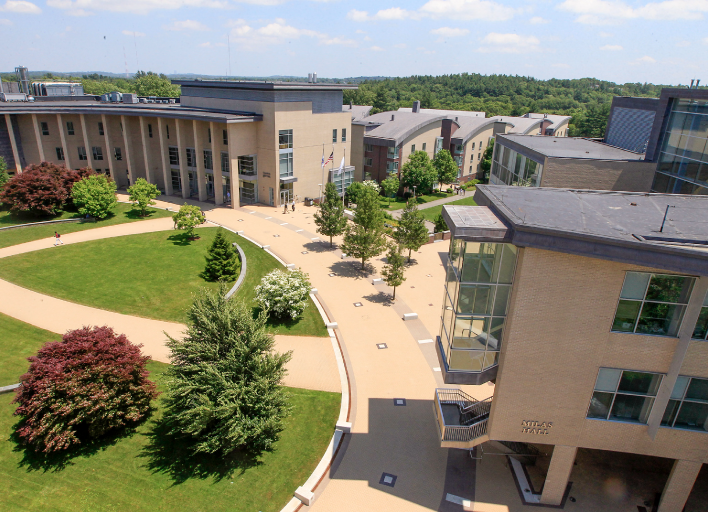 An engineering college for modern times.

But when Franklin’s foundation approached its sunsetting, the leaders decided to use the remaining funds to do something more creative. They would make a contribution to American education as unconventional, entrepreneurial, and inventive as Franklin Olin himself. In the mid-1990s, Olin’s foundation put up $200 million to design a brand-new college focused on one thing—teaching engineering to top students in a completely fresh way.

The founding president of the college, Richard Miller, explained why radically new approaches to training engineers were desperately needed:

Only 40 percent of the kids who start in engineering this fall will ever graduate. Six out of ten leave. And half of those who leave have higher grades than the ones who stayed. They’re not flunking out, they’re being driven out by the way we teach. It’s been called the math-science death march. We never let them touch a wrench until they’re already gone.

The Franklin Olin College of Engineering operates in ways that are dramatically different from other schools. It has no separate departments; everything is cross-disciplinary. It does not provide lifetime tenure to any of its professors. Writing, speaking, sketching, computer coding, data science, and persuasive skills are taught along with conventional math and science topics.

Instead of the usual heavy dose of note-taking lectures, students complete 20 to 30 major engineering projects while on campus. U.S. companies compete for the right to commission Olin students to solve real-life engineering problems, covering all expenses. College president Miller says that the goal is “entrepreneurial, creative, team players who envision what has never been, and do whatever it takes to make that happen.”

Students scramble to get into Olin. Only 16 percent of applicants are accepted. The school is able to provide merit scholarships to every student covering half of tuition expenses, thanks to the total of $460 million that the foundation gifted to establish the college.

Most Olin enrollees thrive. The school is a top producer of Fulbright Scholars and National Science Foundation fellows. Employers love Olin too. Starting salaries for graduates are one quarter higher than the national average.

Olin is a small school, enrolling only several hundred students in a given year. But it is having an outsized influence on education—because its successes have turned it into what President Miller calls “a privately funded national laboratory for technology education.”

The philanthropists who created Olin, Miller notes, didn’t want “another small school that provides a good education. There are lots of those.” Rather, he says, “Olin has a missionary focus” on its modernized, practical approach to teaching engineering.

More than a thousand educators from other schools have visited Olin since 2009, from around the U.S. and the world, to study its curriculum and approach. Some colleges have already remade themselves to mimic Olin’s breakthroughs. Donors like the Kern Family Foundation are helping spread this new gospel in engineering instruction to fresh territories.

America’s economy is suffering today from serious shortages of engineers. Too few young people enter the discipline, and too many who give it a try end up dropping out. The share of U.S. undergrads earning engineering degrees is now only 5 percent. In Europe, engineers are 12 percent of all college graduates; in Asia it’s 35 percent.

The remarkable college set up by the Franklin Olin Foundation is doing vastly better than others at both attracting and training young engineers. For instance, half of the engineering students at Olin are female; conventional colleges are lucky if they can draw in 20 percent. And Olin is twice as successful at getting engineering majors all the way to graduation. It’s a model that works. And it’s worth copying.
—Karl Zinsmeister