This November there will be a new addition to the Cathedral Basilica of Saints Peter and Paul in Philadelphia. It will be the resting place of Katharine Drexel, the philanthropist-turned-Catholic nun who became the second canonized saint from the United States.

Born into the immense wealth of the Drexel family in 1858, Katharine took her family’s French-Catholic faith, and its commitment to charity, seriously. Out of concern for Native Americans in the West she started a school in Santa Fe in 1887. As she expanded this effort with additional schools, she asked Pope Leo XIII to send missionaries to help run her Indian missions. He suggested that perhaps the best missionary would be the benefactress herself. In 1891 she took her vows and started, with 15 other women, the Sisters of the Blessed Sacrament for Negroes and Indians. Using Drexel’s money, they built and staffed schools for overlooked populations all across the country, including founding Xavier University in New Orleans, the first black Catholic higher-education institution in America. There is no official figure for how much Drexel gave to the order, but one estimate comes to about $500 million in today’s dollars. 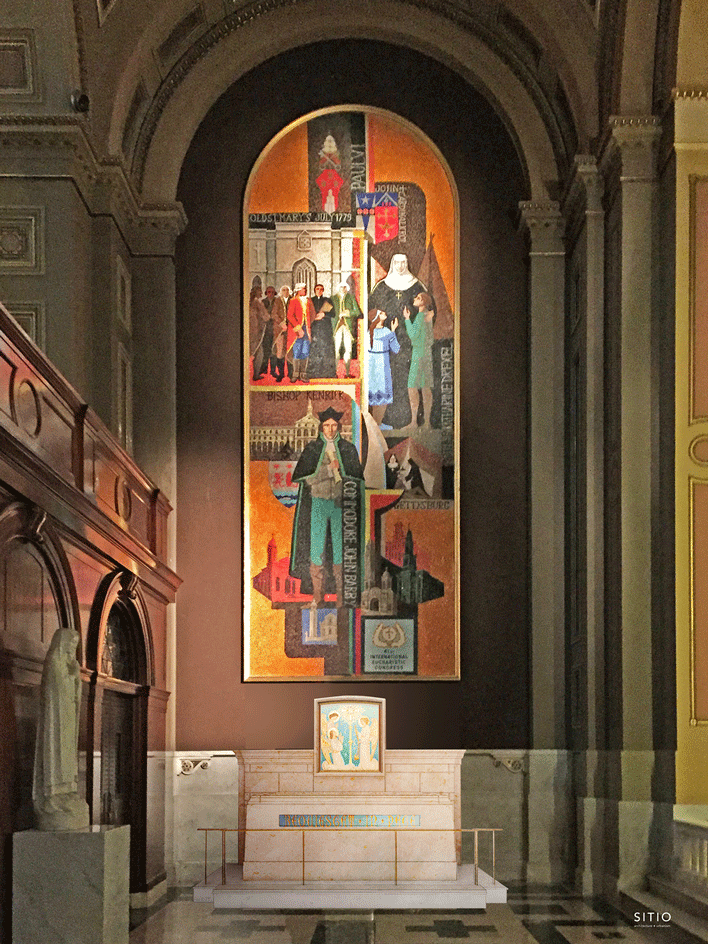 New efforts are underway to understand and spread the story of Katharine Drexel’s sacrificial life and work.

Upon her death, Drexel’s body was interred at the motherhouse of her order in Bensalem, Pennsylvania. In 2016 the Sisters announced intentions to sell the motherhouse, including the shrine. The Connelly Foundation of Philadelphia donated funds to build a new tomb, as well as money for a communications program to promote Drexel’s life and work, including a documentary and lesson plans for teachers.

“With the new opportunity to honor Saint Katharine at the Cathedral, even more people will be exposed to her extraordinary life and example. It is our fervent hope that others will be inspired and continue her important work among Native Americans and African Americans,” says Reverend Dennis Gill of the Cathedral Basilica.

For more information about Katharine Drexel’s life, read her entry in the Hall of Fame of the Almanac of American Philanthropy.