Gov. Chris Christie has announced plans to restructure New Jersey’s state college system. A key element in the budget-cutting measure is the merger of two schools in order to create a single, comprehensive research university in the southern part of the state. Specifically, Christie’s plan calls for rolling Rutgers-Camden—a campus of the state’s university system, founded in 1766—into what was until recently a small teachers’ college in nearby Glassboro. The resulting university would have professional schools in law, business, medicine, education, and engineering. “Such a school,” wrote former Rutgers board chairman Albert Gamper, “could compete with universities in Delaware and Pennsylvania, and provide South Jersey with even stronger educational opportunities for students as well as economic investment that will benefit the region.” Philanthropy takes no stand on the merits of Christie’s proposal, which has been controversial. It is worth noting, however, that the school in Glassboro is Rowan University, which takes its name from Henry Rowan. In 1992, the South Jersey industrialist made headlines with his $100 million gift, which turned around the school and created a nationally ranked undergraduate engineering program. Interesting, then, to note what strengthened Rowan, making it the senior partner in a merger with an older, larger, and better-known competitor: private philanthropy. 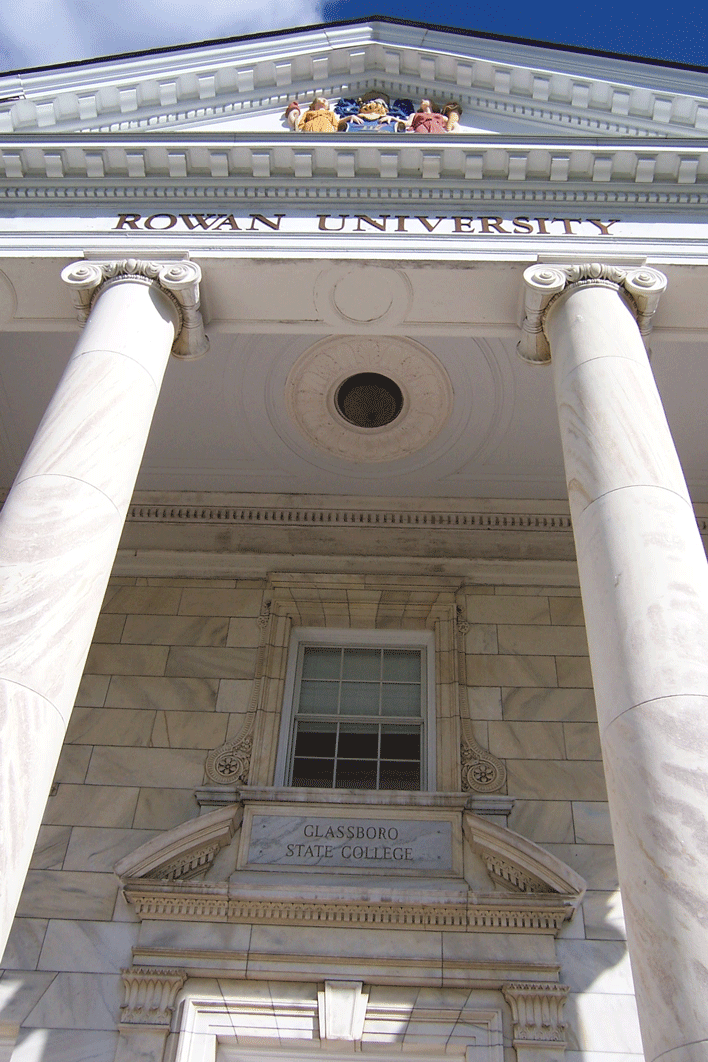 In February, Virginia Attorney General Ken Cuccinelli filed a brief in the case of seven Anglican parishes that sought to retain their properties after leaving the Episcopal Church in 2007. At issue in Cuccinelli’s intervention was some $7 million in donations given to the parishes between 2003 and 2007; the congregants specified on the memo lines of their checks that the gifts were expressly for the congregations, not the diocese or national Episcopal Church. Although the judge has since ruled that the gifts must be surrendered, Cuccinelli’s brief is worth reading for its powerful endorsement of the legal and moral priority of donor intent. “That donor intent is paramount,” argues the brief, “and governs the disposition of property, both real and personal, by one entrusted with its management, is a principle beyond dispute and interwoven throughout the law governing charitable trusts.” The court should not rule, Cuccinelli concludes, “in violation of the clearly expressed intent of the donors.” 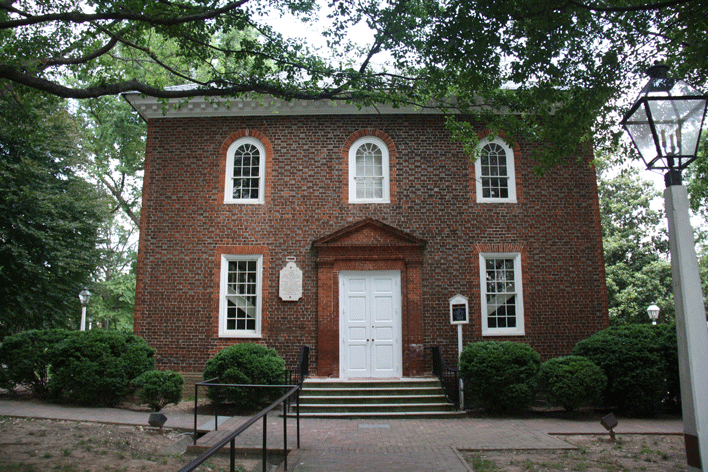 He’s Got Friends in Law Places

In December 2005, country music megastar Garth Brooks made an anonymous gift of $500,000 to a hospital located in his hometown of Yukon, Oklahoma. He believed that the donation would be used to build a women’s center bearing the name of his late mother, Colleen. Brooks later learned that the hospital intended to use the gift for other projects, and filed a lawsuit to get the money back. The case went to trial. In the course of his testimony, Brooks acknowledged that he had no written evidence for his claim that the hospital agreed to use the money for a named women’s center. The hospital CEO, meanwhile, told jurors that while he agreed to honor Colleen Brooks for her son’s donation, he never committed to naming a women’s center for her. News reports describe the case as a classic he-said, he-said. Brooks, however, was able to sway the jury, and the $500,000 gift was returned, with an additional $500,000 in punitive damages awarded. Philanthropy defers to the jury, of course, for its decision. We will simply reiterate an ironclad rule when big gifts are involved: be clear about what you want, and put it in writing.

On Friday, December 16, Cornell University announced that it had received the largest single gift in its history: $350 million, from an anonymous donor. Three days later, the identity of the anonymous donor was confirmed. It was Charles (“Chuck”) Feeney, an 80-year-old Cornell alumnus, whose lifetime giving to his alma mater has now reached about $1 billion. At Feeney’s request, nothing on campus bears his name. In his desire for anonymity, Feeney follows the example of another remarkably selfless patron of higher education: John D. Rockefeller. Rockefeller was the driving force behind the creation of the University of Chicago, and during his lifetime he gave the school $35 million (about $800 million today). All the while, he insisted that nothing at the school be named for him. Rockefeller even rejected a “proposal to place a lamp on the university seal,” writes biographer Ron Chernow, “lest anyone mistake it for a vulgar allusion to oil.”

Feeney’s gift to Cornell prompts an interesting question. Which university patrons, we wonder, had the opposite experience—paying the least money in exchange for the most visibility? We at Philanthropy did some quick research, a few back-of-the-envelope calculations, and came up with a rather crude, if serviceable, comparison. In present-day dollars, here is what some of America’s best-known sponsors of higher learning paid in order to have colleges and universities named for them:

One other name stands out, however, as the undisputed winner in the value-for-money name game. In 1769, Congregationalist minister Eleazer Wheelock founded a small college in Hanover, New Hampshire. Wheelock hoped to attract patronage from William Legge, an English aristocrat and prominent Rockingham Whig. Unfortunately for Wheelock, Legge opposed the creation of the school. He never donated so much as a farthing to the college that was named to honor him and his peerage—the Earldom of Dartmouth. 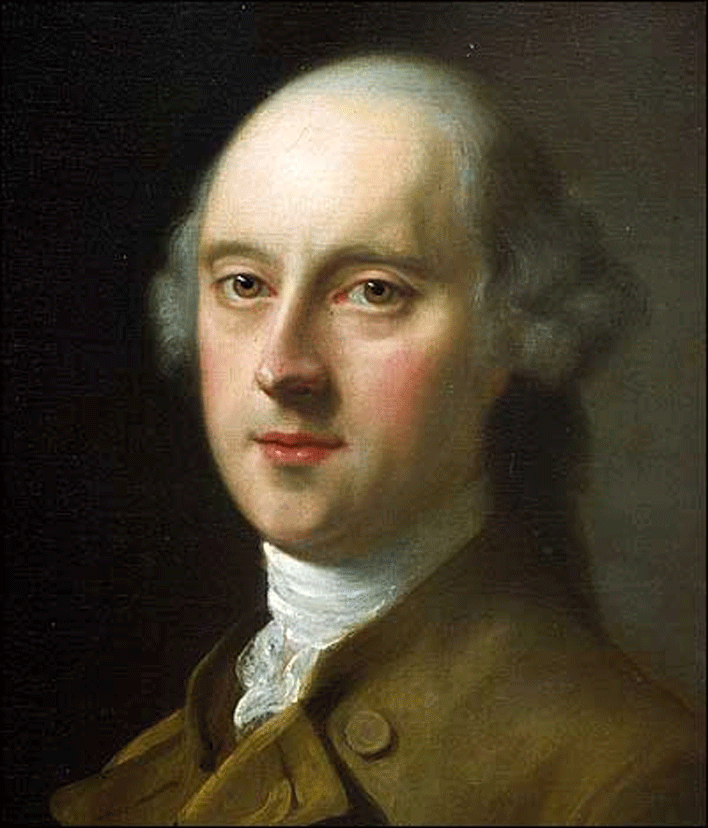 “Mark what ills the Scholar’s life assail,” wrote Samuel Johnson. “Toil, envy, want, the patron, and the Jail.” Dr. Johnson’s 18th-century lament echoes bitterly in the 21st century, as college tuition soars and the return on investment seems to have plummeted. The problem has caught the attention of experts, policymakers, and donors, some of whom see a possible solution among for-profit colleges. Into the fray steps a notable new book by Andrew Rosen, Change.edu: Rebooting for the New Talent Economy. Rosen makes the case for for-profit schools like the University of Phoenix and Kaplan (which Rosen runs), arguing that nonprofit colleges face tremendous temptations to go upscale (“Harvard envy”). That leaves minorities, working adults, and single parents with ever-fewer accessible, career-focused options. This, Rosen concludes, is where for-profits can make a real difference, with a focus on measuring results, improving efficiency, and proving themselves in the marketplace. The book has been widely praised, not least in a recent book review in the Washington Post by one Bill Gates. Gates sides with Rosen, believing that higher education has always faced disruptive innovation—the small liberal arts college by the large public land-grant university, the land-grant university by the “all-access” community college—and that for-profit schools may be the latest wave of innovation. “For all institutions—public, nonprofit, and for-profit—better measurement is essential to increasing graduation rates and success in the workplace,” Gates writes. “We should hold all institutions of higher learning accountable for results, and find easier ways to identify and support the best of them.”

On April 2, at 2:15 p.m., Stanford students gathered in Braun Auditorium for the first meeting of Computer Science 183. Titled “Startup,” the course is intended to teach aspiring entrepreneurs how to conceive, launch, and grow a successful tech company. Most interesting of all is the instructor: Peter Thiel. Thiel, of course, is the co-founder of PayPal and a lead investor in Facebook, as well as the founder of the hedge fund Clarium Capital. It is therefore not surprising that he would have much to say about how to start a tech company, building a successful founding team, financing a promising idea, balancing secrecy with openness, or managing growth, marketing, and regulation. What is surprising is that Thiel is sharing these insights at a university. Thiel, after all, made headlines in September 2010, when he offered 20 scholarships worth $100,000 each to encourage some of America’s best and most promising minds to drop out of school and start businesses instead. Thiel is evidently aware of the incongruity. “If I do my job right,” he told the New York Times, “this is the last class you’ll ever have to take.” 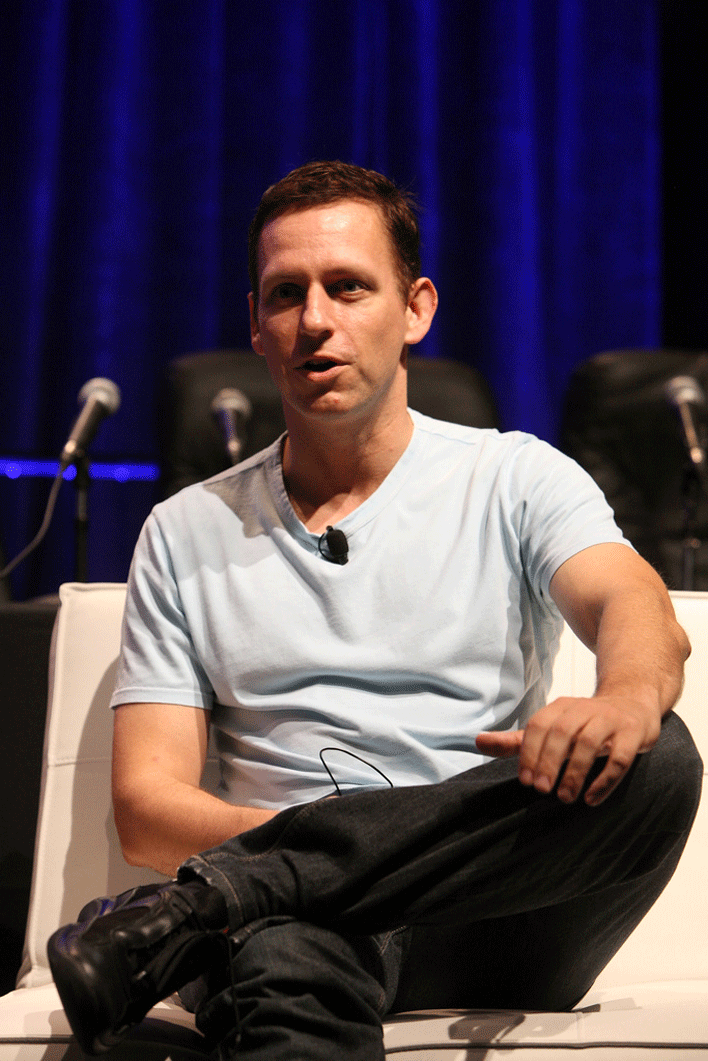 In his 1889 essay, “The Best Fields for Philanthropy,” Andrew Carnegie reviewed “some of the best uses to which a millionaire can devote the surplus of which he should regard himself as only the trustee.” He detailed seven fields, ranging from churches to charitable hospitals. But the first and best use of philanthropy, he argued, was “the founding of a university.”

Private support for higher education is one of the great achievements of American philanthropy. It is remarkable that, in survey after survey, at least 10 of the world’s 20 best universities bear the names of private American citizens who have used their wealth to create world-class institutions of higher learning. (For further information, please see our cover story.)

Higher education remains an enormously popular beneficiary of American philanthropy. According to the Chronicle of Philanthropy, in 2011, 8 of the 12 largest charitable donations from individuals went to higher education. The late William S. Dietrich II, for example, left $265 million to Carnegie Mellon University, in addition to $125 million to the University of Pittsburgh. Hedge fund manager Jim Simmons—himself a former professor of mathematics—pledged $150 million to the State University of New York at Stony Brook. The University of Southern California received $200 million from steel manufacturer (and former Trojan shot-putter) David Dornsife, as well as $110 million from energy entrepreneur John Mork.

To these notably generous individuals, and to all their fellow donors who likewise support the nation’s colleges and universities, we dedicate this issue of Philanthropy.