In his new book, controversial bioethics professor Peter Singer argues that these views and behaviors are mistaken. His outlook is based in utilitarian philosophy, whose reigning principle is “the greatest good for the greatest number.” This sounds sensible enough on its face, but it has proven to be a way of thinking about the human condition that leads to a dangerous cold-bloodedness, enabling its adherents to advocate for things such as (in Singer’s case) eugenics and infanticide. Under the mantle of altruism, utilitarians divide the world into enlightened beings who can calculate the greater good and lesser mortals whose personal judgments just get in the way.

In The Most Good You Can Do, Singer makes his case for a version of utilitarianism known as “Effective Altruism.” He defines it as “a philosophy and social movement which applies evidence and reason to working out the most effective ways to improve the world.” Common practices among adherents include living modestly while donating a large part of their income; choosing a career in which they can earn the most they can so they can give more; researching which charities are the most “effective” (and generally finding those to be ones that are either animal-related or focused on the extreme poor in developing nations); and pressing the gospel of Effective Altruism on others. Singer drops repeated hints that he himself is the sine qua non of this movement, having struck the spark with his 1972 article “Famine, Affluence, and Morality” and fanned it into flame with subsequent books and op-eds. 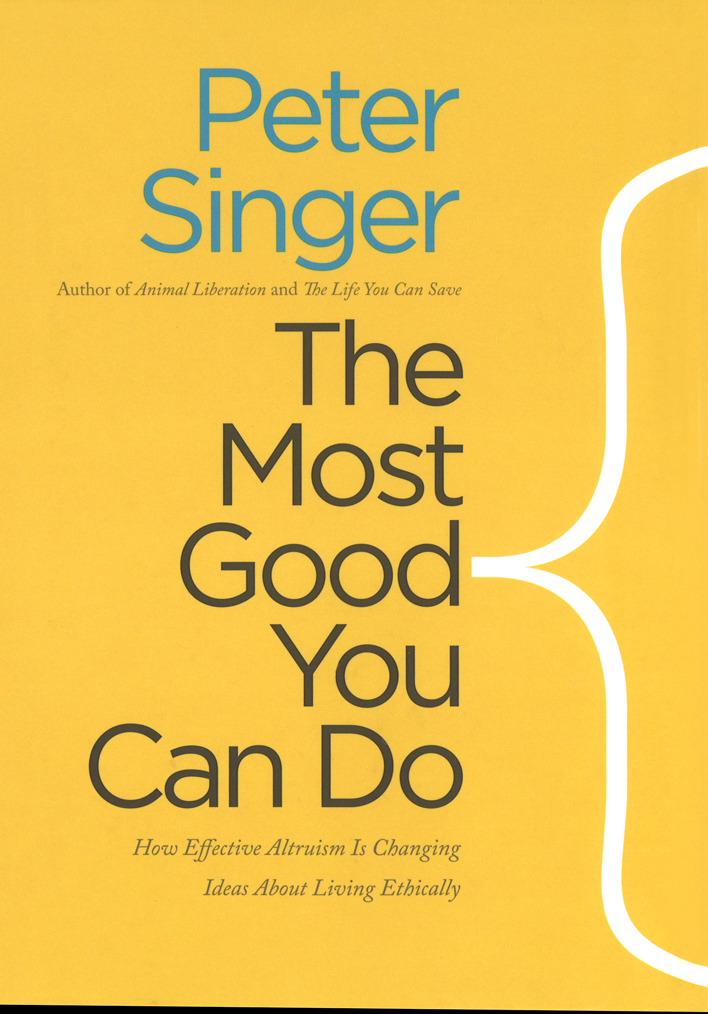 For most citizens, though, Singer’s stern mathematical parsings of good and evil won’t mesh with natural emotions and what many would call common sense. Singer himself confesses that something has held him back from obeying mathematical analyses by giving one of his kidneys to a stranger. And he even approves of an Effective Altruist couple who drew “a line beyond which they would not let the goal of maximizing their giving prevent them from having something very important to them.” How’s that’s for a subjective, nonmathematical loophole that prevents Effective Altruism from being over-demanding of its adherents?

Some of what Singer says here is true and good. The problem is that what’s true is not new, and what’s new is not true. For instance, it’s true that wealthy people shouldn’t spoil their kids with luxuries, that donors should be thoughtful about their giving and its effects, and that they shouldn’t use giving to aggrandize themselves.

Any religion, or common decency, would teach you the same things. Singer sometimes notes in passing that you can find significant points of agreement between his views and those of Roman Catholic thinkers like Thomas Aquinas, who insisted we should help the poor; Methodism founder John Wesley, who exhorted Christians to “earn all you can, give all you can, save all you can”; and Buddhist nun Cheng Yen, who founded a charitable organization that has attracted 10 million supporters. But neither Singer nor the leading Effective Altruist charity rater, GiveWell, are likely to give these sorts of philanthropists good ratings, because their traditional, life-enhancing emphasis on compassion and love for all can’t find a foothold within Singer’s crabbed numerical reasoning.

In his book’s most amusing chapter, Singer has to admit that utilitarian number-crunching ends up calculating that the “most effective” giving imaginable—perhaps the only giving that is wholly justified—would be focused on lessening the tiny chance the planet will be wiped out by a huge asteroid collision or similar catastrophe. Singer backs away from this with the help of common sense, but not enough to actually question the theories that led him there. He shows no embarrassment when he reports that GiveWell’s top recommended charities of recent years are limited to two organizations that specialize in treating parasitic worm infections and GiveDirectly, which hands cash directly to the poor in developing countries. Are those really the only ways donors can do good?

Mother Teresa said, “it is not how much we do, but how much love we put in the doing.” Philanthropy is not simply a matter of quantity but of quality. That’s one reason we should start with the persons closest to us, even if, like Mother Teresa herself, we later end up helping lots of people on other continents. She would be shocked at Singer’s idea that you only need math to help people, that a stranger thousands of miles away ranks above a struggling neighbor at your door, that a movement proclaiming selflessness should be deeply conflicted over whether anyone should even have a child.

Singer’s brand of humanitarianism is simply inhumane. But even that is old news. Say a prayer that philanthropy, which does deserve plenty of thoughtful criticism, receives better gadflies.