From Healer to Healed

When Scott Harrison suffered a traumatic brain injury that changed his personality and cost him his connection to the potent charity he had devoted his life to, it seemed like a random, cruel, and meaningless twist. His whole life to that point had bubbled with encouraging portents, spiritual nudges that prompted big leaps forward, and more success than he’d dreamed possible. But his concussion did not fit into that pattern. It was the after-effect of a dumb skiing accident. 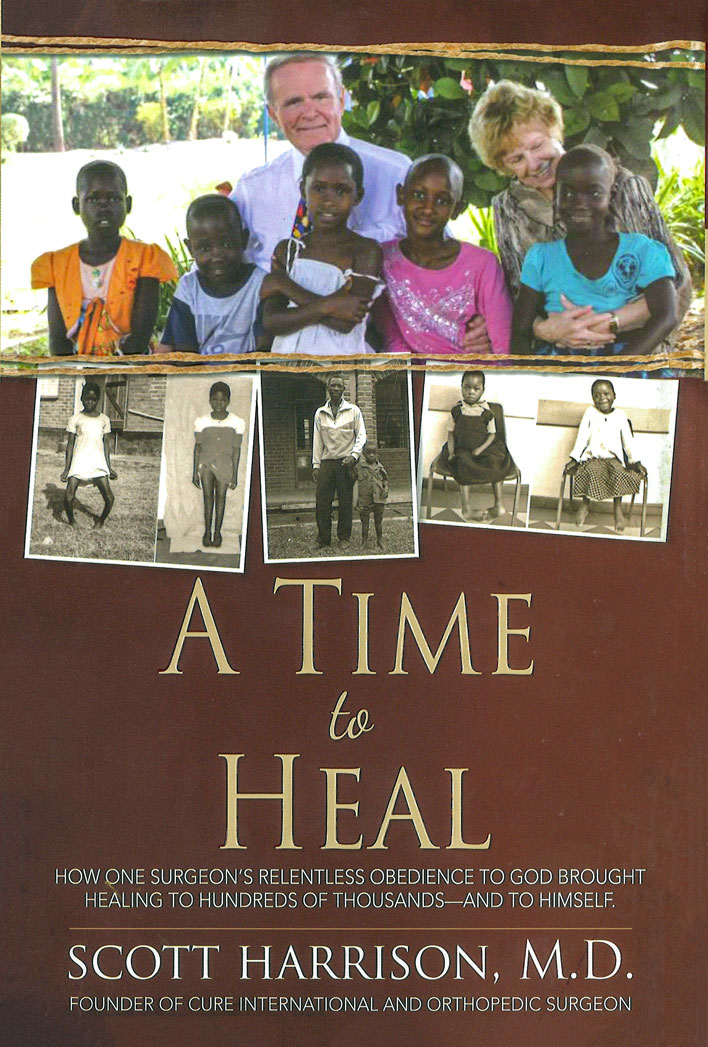 Three decades previous, Harrison had been a successful orthopedic surgeon, respected professor, partner in a lucrative private practice, and new member of the most prestigious research society in his field. Then suddenly his goals changed. Harrison quit his high-powered practice, surrendering income and skills he had painstakingly accumulated. As a new challenge, he took over leadership of a failing orthopedic manufacturing company. Pouring not only his time and energy but most of his savings into the bankrupt business, he turned it around. The stock price had nearly quadrupled when he sold the company to another firm.

His next leap was an even bigger one. He went to Kenya to provide respite to a missionary doctor there. Harrison hoped to ease back into orthopedics by performing small procedures. His very first case, though, was a devastating crushed spine. The tree that fell on this patient left a hopeless prognosis of slow-motion death, with a ruined family left behind. Harrison deeply regretted being this man’s only chance.

Then he remembered a research proposal for a procedure that had only been tested on a few primates but seemed to fit this injury. He drew on dim recollections to plan his surgery and operate. The man not only lived, but walked out of the hospital.

Harrison and his wife felt called to do this work full-time. With their savings from his business sale they founded CURE International. It opened its first teaching hospital in Africa in 1998. Within a few years it expanded to Central America and the Middle East, and became a global leader in treating poor children for hydrocephalus, clubfoot, limb reconstruction, and other traumatic disabilities.

While traveling in Pakistan, Harrison was asked to visit a young mother whose rapidly deteriorating condition had eluded diagnosis from any local doctor. Harrison conducted a medical exam and determined that the woman was in the final stages of lupus. There was nothing he could do for her but pray. With the husband’s permission, Harrison laid his hands on her and prayed his heart out. Then he took his leave.

A few days later, deep in negotiations for approval to open a new clinic in Kandahar, Harrison got word of what happened after he left. That afternoon, the woman crawled out of bed for the first time in six months and cooked dinner. She began to care for her children, wash clothes, and return from death’s doorstep. The local mullah pronounced it a miracle.

With the goodwill generated by such incidents, CURE became one of the only Christian organizations permitted in Afghanistan. It opened not only the clinic in Kandahar but a children’s hospital in Kabul, where another astounding event transpired. An assassin broke into the hospital and shot four Americans and then himself, hoping for swift passage to paradise. But surviving hospital staff rushed to his side and fought to save his life. This act of mercy amazed many Afghans in the surrounding community. Of the mission doctor who died that day, Harrison said he “met the greatest challenge given to Christians: He laid down his life for those God had enabled him to love.”

By 2011, CURE had served nearly 2 million patients in two dozen countries. And it had trained thousands of local doctors and nurses to take long-term responsibility for the health of their own communities. It viewed its spiritual mission as equally important, and believers will be inspired and skeptics mystified by the many gripping stories in this book like those described above.

But that winter when Harrison fell on the slopes, his life’s work tumbled with him. The accident resulted in a traumatic brain injury that went undiagnosed for a long time. The doctor’s behavior, quite unknown to him, was drastically altered. He alienated colleagues who had no idea there was a physical malady behind his erratic actions. Unceremoniously voted off the board of the charity that was his life’s work, Harrison descended into substance abuse.

He struggled and prayed for three long years. Gradually, though, Harrison healed. He recovered his equilibrium and his relationships with the leaders of CURE.

This ordeal left the lifelong philanthropist with deep understanding of the apparent pointlessness of many of life’s calamities. And more eager than ever to help alleviate such blows. Whether suffering is random, or part of some greater plan, the volunteers and donors who work to soften its effects are providing great acts of mercy.