Gem of a Donation

In the late 1980s, three sweating, scrabbling prospectors in a rural corner of Brazil dug up one of the greatest natural treasures ever seen by human eyes: a single massive crystal of the precious mineral known as aquamarine. It was three feet long and weighed a hundred pounds. Aquamarines the size of a marble are rare enough to cost thousands of dollars. And this one was not only huge but also of an extraordinary quality: clear and deeply colored. Aquamarines are prized for their green-blue hues. Their very name translates as “sea water”—and in this case you should envision hot Caribbean blue rather than Coney Island green.

The lucky prospectors knew they had found something extraordinary, but even with three of them, something unthinkable happened in the process of wrestling the 100-pound brute out of the mine: They dropped the crystal. It broke into three pieces.

Two of the chunks were sold and cut up into faceted stones for rings and necklaces worth millions of dollars. The third chunk, the biggest, posed a dilemma. Even with two parts broken off, this astonishing piece of perfect aquamarine was a six-sided shaft two feet long and six inches in diameter. That made it the biggest aquamarine gem in the world. It’s unlikely a finer specimen will ever surface again. It seemed a crime to cut that perfect column of crystal into a pile of baubles to be mounted in expensive cocktail jewelry.

So a consortium of gem professionals purchased the remaining pillar of aquamarine and brought it to an extraordinary German gem cutter who was making a name for himself by carving large specimens of precious stones into artistic sculptures. He studied the crystal for four months before he touched it. Then he spent six months cutting, faceting, and polishing it. He would only let himself work on it for two hours per day, because a single slip of the hand could shatter the piece.

By the end of 1992, he had created an incredible aquamarine obelisk, about two feet tall and weighing five pounds. It’s roughly the shape of the Washington Monument, but in an otherworldly transparent neon blue, with starbursts carved into its back to reflect light. It was dubbed the Dom Pedro aquamarine.

This one-of-a-kind gem was displayed in a few international cities, but by the late 1990s the partners who owned it wanted to get their money out of the project. They tried to sell it to the Smithsonian Institution for $10 million. The Smithsonian curator of gems had his breath taken away by the piece, but explained that the Smithsonian couldn’t ask Congress for $10 million to buy a crystal. Its collection was built up from donations made by private citizens. 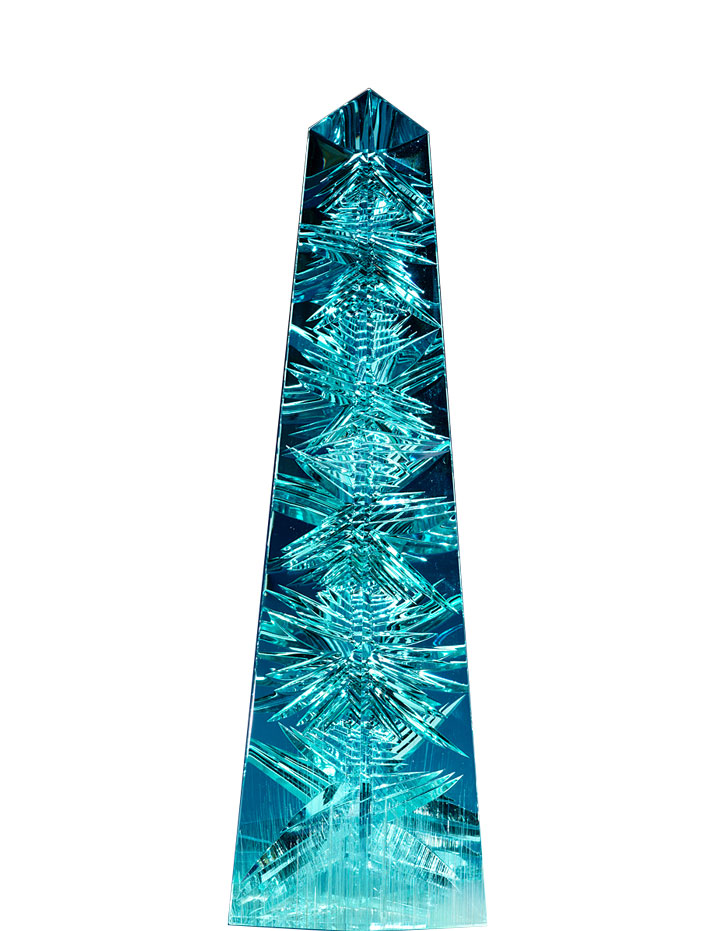 The Dom Pedro aquamarine, saved for the public by Jane Mitchell and Jeff Bland.

The Brazilian ownership partner began to discuss cutting up the 10,000-carat gem into hundreds of jewelry stones that could be sold for tens of millions of dollars. At that point, a mineral collector in the U.S. named Jane Mitchell and her husband Jeff Bland got involved. They had just sold for millions of dollars the surgical-tool company they’d built up. And like many successful and generous American businesspeople, they wanted to put some of their proceeds to work for the public good.

Mitchell and Bland were horrified when they heard the Dom Pedro might be chopped into jewelry stones. She thought, “Oh no! You can’t cut that up!” The couple decided to buy the aquamarine. Not for themselves, but to donate it—to make sure this natural wonder would be protected, and made available for the public to marvel over and enjoy. “We felt it should strike as many people as could be, because that’s how we felt when we looked at it.” 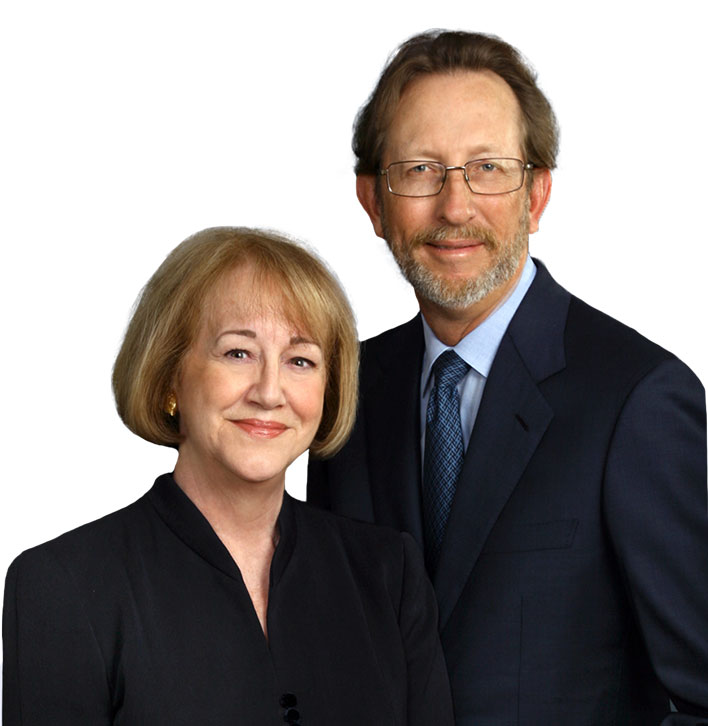 In 2011, Mitchell and Bland presented the Dom Pedro aquamarine to the Smithsonian Institution, as their gift to the nation. It is the most spectacular stone of its kind on the planet, ten times the size of the next runner-up, and of dazzling quality. Indeed it is one of the rarest and most beautiful gems ever seen. “If not for them it wouldn’t be here today,” says Smithsonian gem curator Jeffrey Post.

And it is now displayed for all visitors to our nation’s capital, inside the Smithsonian’s walk-in vault, right next to the Hope diamond. All thanks to two businesspeople with an eye for beauty, and a willingness to put up millions of dollars of their own money to make sure one of the world’s great gifts of nature would not be destroyed.