Michael Bloomberg, business titan and philanthropist perhaps best known for his stint running a small town called the Big Apple, has issued the call to other city leaders: the best hope for change is at the local level. “Compared to Washington, America’s cities are more nimble, more pragmatic, more responsive to public concerns, more open to experimentation,” he said while unveiling a $200 million charitable initiative to spur municipal improvements.

The initiative started off relatively modest. In 2017 Bloomberg gave $600,000 to the U.S. Conference of Mayors to tout mayors’ achievements and policy opinions in the press. And his pro bono consulting group, Bloomberg Associates, took on five new municipal clients. 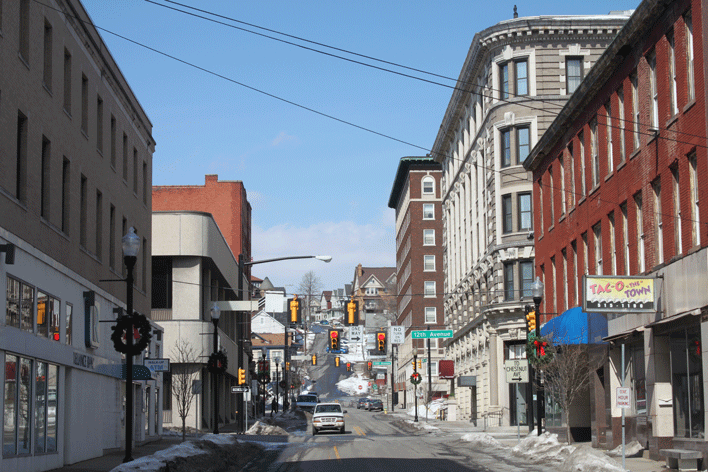 But the American Cities Initiative grew in dramatic ways. Its 2018 survey queried 156 mayors, making it the largest public-opinion survey of those leaders. It offers mayors and their staffs executive leadership development training at Harvard. Bloomberg-funded innovation teams (“i-teams”) of data analysts, designers, and researchers have helped dozens of cities attack public problems. In Syracuse, New York, the i-team used new technology to predict where sewer lines would break, saving the city $1.2 million. The initiative has also enfolded earlier Bloomberg efforts, such as the problem-solving conference CityLab and a data partnership with Harvard and Johns Hopkins University, which in 2017 helped South Bend, Indiana, increase police applications sixfold. And it launched the recently concluded Mayors Challenge, a contest with a $17 million pot of prizes and coaching for cities that came up with solutions to urban problems.

Former railroad town Altoona, Pennsylvania, was among the hundreds of American cities that entered the contest, hoping to be one of 35 to win the $100,000 check to test its ideas, then later the heftier grand prize. Mayor Matt Pacifico, age 36, had his eye on helping the city’s “disconnected youth”—the 14 percent of 16-24 year olds in his community who were neither in school nor working. “We want to stop that cycle,” he said.

Running Altoona was not Pacifico’s idea. He was operating his family’s bakery when a friend told him there were no Republicans in the mayoral race and nudged him to run. He laughed off the suggestion, noting that he couldn’t even name the current mayor at the time. But on second thought he entered, and within three years of his election managed to pull Altoona out of its “financially distressed” status.

Engaging dropouts was also not his idea. Pacifico entered the Mayors Challenge thinking his project would be revitalizing a beleaguered downtown building. But after a day-long “Ideas Accelerator” workshop with Bloomberg Philanthropies staff—a service the foundation offered to the first 300 cities to apply—Pacifico was inspired to take on a thornier problem.

Altoona didn’t win. Nine other cities took home $1 million each in late 2018 to address problems from air quality to homelessness. But Pacifico relished the time sitting down with local school officials, county economic development gurus, and other public servants with whom he didn’t usually work. He told his team regardless of the contest’s outcome, he’d like to tackle the youth problem. He took a step toward that last year, assembling a council of high-school students to weigh in on issues they face.