How one excellent scholarship reverberated into others

Highly capable students who display a strong work ethic but lack the financial resources to pursue postsecondary education exert a magnetic pull on many donors. Having frequently received college scholarships themselves—a boost they describe as critical to their future success—these givers want to help others get the higher education that sped them to their own triumphs. This article profiles three prominent scholarships centered in the same state—where one smart effort to boost students succeeded in ways that sparked others.

Scholarships have been central to the rise of private colleges in the U.S. right from the founding of Harvard in 1636. In more recent years, even publicly funded universities have come to depend heavily on scholarship gifts. The first philanthropically funded merit-scholarship program at a state university was the Morehead Scholars program—which will soon celebrate its 70th anniversary at the University of North Carolina at Chapel Hill.

John Morehead III graduated from Carolina in 1891 and then distinguished himself as a chemist whose scientific discoveries and business acumen turned Union Carbide into a commercial powerhouse. Most of the wealth that this produced for Morehead was poured into philanthropy, with a focus on his alma mater. He funded the planetarium at the heart of the science center, and was a patron of the signature bell tower that looms over campus. 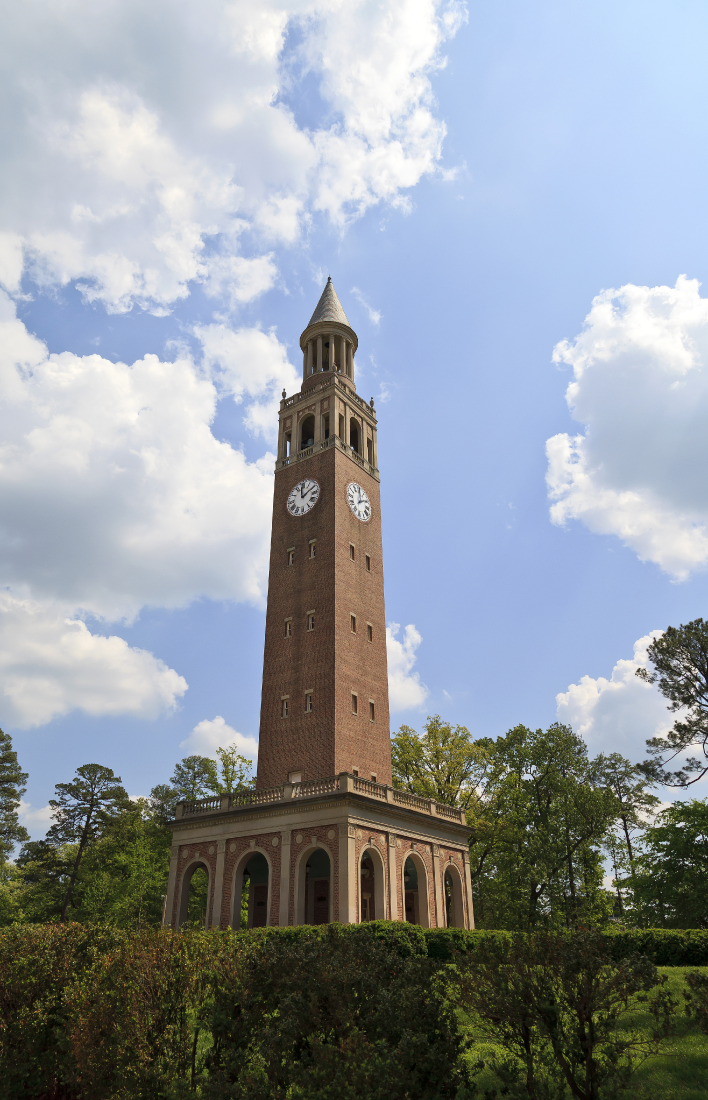 His most influential legacy, though, is the merit-scholarship program he established “to sustain and enhance the excellence of the university.” These awards have rigorous selection criteria that mix high academic achievement with demonstrated leadership and personal energy. From their beginning, his scholarships were overseen by a separate staff and board of trustees dedicated entirely to their success.

The Morehead grants became sufficiently illustrious and admired for supporting fine students that in 2007 another $100 million was added to their endowment by Mary Cain, in honor of her husband Gordon Cain. Interestingly, the Cains had no personal ties to the university or the Morehead family. Like John Morehead, Gordon Cain had made his money in the chemical industry, but what really attracted his wife’s extraordinary gift  was simple excellence.

During summer vacations in North Carolina, and then through Carolina alumni they met in their hometown of Houston, Texas, the Cains were impressed by the accomplishments of Morehead recipients. After her husband died, Mary considered starting a similar scholarship elsewhere. In the course of her inquiries about the scholarship’s workings, however, she found “that the Morehead Foundation and the Cain Foundation share many values and philosophies.” So she simply used her own gift to expand the existing program.

What is now known as the Morehead-Cain Scholars program is one of the most prestigious college grants in the country. Only three percent of annual applicants are selected. The 70-80 recipients enjoy not only a fully funded undergraduate education, but a summer-enrichment program, a variety of study-abroad opportunities, and grants of up to $8,000 for approved independent-study projects. More than 3,000 Morehead alumni living around the world encourage and support each other loyally through an active network.

An unexpected partnership of a different sort created a second prominent college scholarship in North Carolina. When he closed his financial fund in 2000, Julian Robertson and his wife Josie decided they wanted to fund deserving college students. Julian and one son were Carolina alums, another son had attended Duke University. Rather than choose between those potential partners, the family decided to work with both.

The Robertson Scholars Leadership Program has similarities to Morehead-Cain in seeking candidates with a mix of academic and active accomplishments. But the Robertson scholarships have one very distinctive aspect. The two campuses where they operate are quite divergent—one a large state university, the other a private school half the size. A crucial strength of the Robertson grant is that it allows the recipient to experience both of these environments as few other students are able.

While they enroll at only one university, Robertson scholars can access classes and activities at each—significantly increasing their course and extracurricular choices. In the spring of their second year they actually participate in a “Campus Switch”—requiring them to live and take classes at the sister facility. This is meant both to train the students to “adjust to new situations and thrive in challenging environments,” and to “build stronger educational and community ties between UNC-Chapel Hill and Duke.”

Begun with a grant of $24 million split evenly between Carolina and Duke, the program also receives additional annual support from the Robertson Foundation. With some 30 students participating each year, the venture is smaller than Morehead-Cain. But like the older scholarship, the Robertson provides four years of tuition, supported summer experiences, and an alumni network that often opens doors to internships and post-graduate jobs. Robertson recipients also get mentoring relationships, dedicated advisers, special leadership-development opportunities, group community-service projects, and relationship-building exercises like wilderness expeditions.

Two hours southwest of Chapel Hill and Durham there operates another interesting scholarship partly inspired by what John Morehead kicked off 70 years ago. The Levine Scholars Program brings high-achieving students who have demonstrated leadership and a commitment to civic engagement to the urban campus of the University of North Carolina at Charlotte. Established in 2009 by Leon and Sandra Levine, the program initially supported 15 students annually. Five years later they made an additional gift to increase the number of scholarships awarded each year, extend the program through 2024, and construct a new residence hall to house Levine Scholars and students in the university’s honors college.

Neither of the Levines attended UNC-Charlotte, but both are passionate about the Charlotte community from which they built their first store into today’s national network of Family Dollar outlets. Being very familiar with the way that competition sharpens all participants, Leon Levine admired the impact of the Morehead-Cain scholarship on Carolina, and sought to create a similar merit-based scholarship that would simultaneously reward good students and raise the stature of the university in his hometown.

Like Morehead and Robertson counterparts, Levine Scholars enjoy four-year scholarships, supported summer experiences, mentoring relationships, dedicated staff and advisers, and an alumni network (which already includes several Fulbright winners). At the heart of Levine’s program, however, is what Leon calls “a little extra spice”—a special emphasis on civic engagement. A central requirement of the Levine scholarship is the series of individual and group community-service projects, alternative spring-break experiences, and internships with charitable groups that recipients are guided through.

Just like their Morehead-Cain counterparts, each Levine Scholar receives an $8,000 grant for an independent project. But the Levine funds must be used to create their own charity or undertake a project in partnership with an existing Charlotte charity. Participating organizations range from hospitals to schools, museums to assisted-living facilities, women’s shelters to food banks. The goal is to have Levine Scholars emerge from their college years with understanding of the intrinsic satisfaction of serving others, the management requirements of nonprofit work, and the importance of the charitable sector to a community. And to top it off, says Leon Levine, “by the time they graduate, we will have the potential of keeping them in Charlotte. That could be a bonus for the entire community.”

As much as their classroom successes, it was the accomplishments of students in these civil-society projects that inspired the Levines to make their second gift to expand their scholarship. “We could not have envisioned the heights we have seen these fine young students in the Levine Scholars Program reach in the first five years,” remarked Leon at the time.

Joanne Florino is vice president of philanthropic services at The Philanthropy Roundtable.