The latest social science has good news for philanthropists: Giving profits the giver as well as the receiver. Those who give of their time and money are happier than stingy people, as well as healthier and better liked, as economist Arthur Brooks and others have noted. 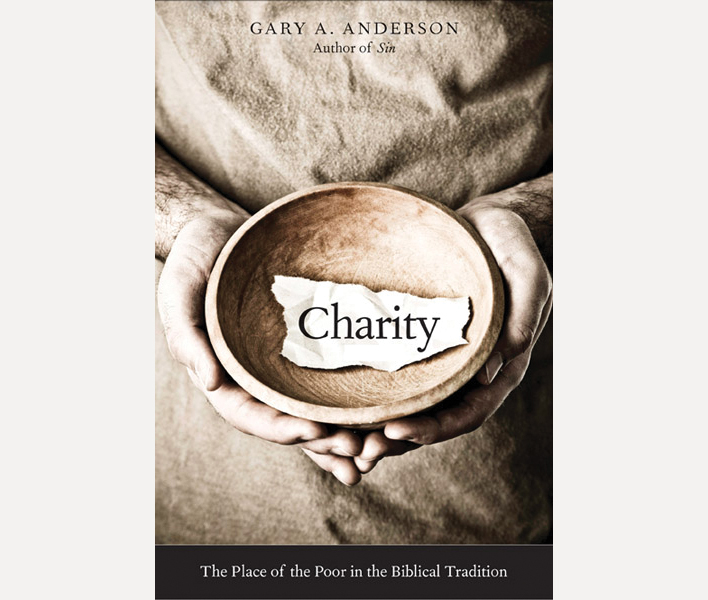 This win-win verdict is actually nothing new. Though only recently verified by the data, it is a central tenet of the three Abrahamic religions—Judaism, Christianity, and Islam—as a new book by Gary Anderson makes clear. The Notre Dame theology professor’s Charity: The Place of the Poor in the Biblical Tradition includes a brief look at the call for alms in the Koran, Islam’s holy book, and delves deeply into Jewish and Christian Scripture, as well as the most authoritative commentaries, to examine biblical passages on giving.

Jewish and Christian teachings stress our obligations to the needy. Both religions, Anderson observes, also declare that charitable giving will benefit the donor. In fact, Jewish and Christian Scripture and ancient commentary all adapt commercial terms to describe the transaction, declaring that one’s gifts will fund a “treasury” in heaven that, as the Hebrew author of Proverbs puts it, “delivers from death.”

Anderson observes that this conflation of aiding others and benefitting oneself makes some people squirm today, because we presume that an act can only be charitable if it’s done with no regard to oneself. He argues that this puritanical view is a modern notion that grew out of theological disputes in the Protestant Reformation and fails to account for the full range of human motivation. For many devoted givers, the Scriptural arguments will ring true: The desire to help others stems from both self-interest and a deeper belief about the nature of the world.

Consider, Anderson suggests, the case of a young child who spends all her allowance on a present for her mother’s birthday. Obviously, the child is only giving back what her mother first gave her, perhaps partly in hope of increasing her mother’s affection. Yet the child’s generosity—which reveals a budding virtue of charity that may flower over time—grows out of spontaneous love. The child’s gift also suggests that she intuits the way charity forms part of the deep ordering of the world.

Similarly, Anderson says, in the Judeo-Christian view, whenever we give to the needy or have mercy on a debtor, we already owe everything we possess—and all of Creation itself—to the generous God who formed us, gave us our good fortune, and may reward our generosity. But while charitable giving may build on the natural inclination for self-preservation, he continues, it is not simply self-interested.

He offers another analogy: Imagine you received a windfall and then faced two advisers, one a conventional financial analyst who urged you to invest it in safe index funds for your retirement, the other a saintly person who said true prosperity depends on building heavenly treasure by giving to the poor. “Imitating the generosity of God would seem to be fraught with far greater risk” than self-interest.

Judeo-Christian charity is not given simply in hopes of raw reward, or to prop up the giver’s self-interest. Rather, it engages a deep “human desire to know and believe that the world is a place formed and guided by charity, that giving to one’s neighbor…is not just a good deed but a declaration of belief about the world and the God who created it.” That, says Anderson, is “why the financial metaphor of funding a treasury in heaven became so significant for ancient Jews and Christians.” The goal was not to stress what we “gain from charity, but what acts of charity say about the character of the world God has created.”

Anderson’s book, though clearly the work of a scholar, is brief, engaging, and easy to follow, even if one has little prior knowledge of its subject matter. Most readers will be amazed at just how often economic metaphors appear in religious thinking. We forget, for example, that credo, religious belief, is the root underlying credit and creditor. That makes sense when one considers that a creditor will only extend credit if he believes his borrower will repay him. We also forget that the prayer Jesus taught his disciples includes the line, “Forgive us our debts, as we forgive our debtors.”

Another surprise from the book is the fact that ancient Jews and Christians did not “think of charity to the poor in terms of overall efficiency and effectiveness,” such as one finds in governmental programs that claim to “solve an immediate need but also to redress the circumstances that brought the poverty” about. “The poor you will always have with you,” said Jesus, and in that reality lay opportunities. For most of Jewish and Christian history, charity was an intensely personal “sacramental act,” because “one could meet God in the face of the poor.” This idea is reflected in Jesus’ famous line, “as you did it to one of the least of these my brethren, you did it to me,” and also in Hebrew Scripture:  “Whoever is kind to the poor lends to the Lord and will be repaid in full.”

This explains why the charity of Jews and Christians differed radically from that of earlier pagans. In the Greco-Roman world, “the plight of the poor was not felt to be a major concern of the gods.” The pagan rich gave, usually in posthumous bequests, to erect public theaters, baths, and basilicas for governmental offices. Only in Christian times did charity become embodied in hospitals, homes for the elderly, aid to orphans. Jews and Christians gave whether they were rich or poor; they offered their alms while living; and they sometimes gave their entire lives in service as rabbis, monks, or nuns.

The fourth-century Roman Emperor Julian is called “the Apostate” because he wanted to revive the Greco-Roman paganism then being eclipsed by Christianity. He worried that a great obstacle to his goal was the “disgraceful” neglect of the poor by pagans. “When no Jew ever has to beg, and the impious [Christians] support not only their own poor but ours as well, all men see that our people lack aid from us,” he wrote.

Even a pagan emperor understood that something was fundamentally wrong with that. Jews and Christians went even further and found immense joy in giving. “Stretch out your hand to the poor,” proclaimed the Jewish author of the book of Sirach, “so that your blessing may be complete.”