The poor as customers, not victims

Entrepreneur Badu Bahera runs a successful milk delivery business in northeastern India. He also sells safe drinking water, candy, cookies, cigarettes, laundry soap, shampoo, and Coca-Cola. His work is long and strenuous, but he earns on average $7.50 a day, providing his family with a house that has electricity, a concrete tile roof, and walls made of cinderblock and cement.

Most of Bahera’s customers live in poorer conditions. Purchasing his 2.5 gallon jugs of water for four cents each, the majority earn less than $2 a day. Worldwide, about 2.7 billion people (or three out of every eight of us on earth) live a day-to-day existence along these lines. Yet even those very poor people purchase products they consider integral to their lives. 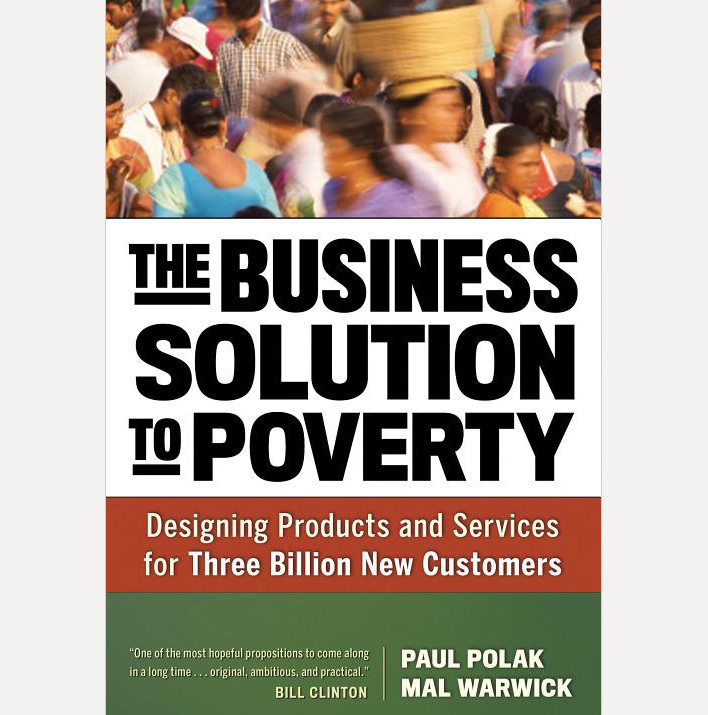 In The Business Solution to Poverty, entrepreneur Paul Polak and marketing guru Mal Warwick turn development upside down by suggesting that multinational businesses shouldn’t think of the poor as victims, but rather as potential customers. By designing, marketing, and delivering inexpensive water, health care, agricultural tools, energy, and transportation, businessmen and women have an opportunity to make healthy profits and increase the quality of life for entire communities.

The most direct ways to combat poverty, the authors note, are to help the poor earn more money and purchase necessities cheaply. Their favorite example is Henry Ford’s Model T: Sold with a significantly lower price tag than other automobiles of the time, Ford opened up motorized transport to a whole new class of Americans, thereby increasing their mobility and economic potential. In the process, Ford made a profit, benefiting his employees.

Polak and Warwick see hundreds and thousands of Model T ideas in the world of “zero-based design,” a creative process that asks inventors to start without assumptions. Suppose a team is challenged to build a lamp for use in rural Zambia. Traditional design finds an existing lamp and modifies it for Zambian conditions. Zero-based design starts from scratch.

The authors’ marquee example is the treadle pump, introduced by engineer Gunnar Barnes in 1979. A treadle pump draws water from wells with a set of pedals similar to a Stairmaster. By pushing with his feet, a farmer can irrigate large areas. Polak’s company, International Development Enterprises, is able to install a treadle pump for $25—significantly less than other pumps. Today the company estimates that three million of its devices are in use in Asia and sub-Saharan Africa, generating a cumulative new net income of $300 million for the farmers who use them.

In addition to the puzzles of design and affordability, marketing to the very poor presents its own challenges. The authors highlight the example of Spring Health water, a potable water company in India. Spring Health filmed movies about its product, hired actors to dramatize its importance in rural villages, and produced visual advertisements that did not require literacy. It sponsored demonstrations where residents could test their current water source for E. coli, then test and taste Spring Health water for contrast. The authors argue that marketing to poor consumers is similar to zero-based design: Previous conceptions of best practices and strategy don’t necessarily apply, and businesses have to think outside the box to be successful.

The authors encourage poverty-fighting companies to be in regular contact with potential customers. “Don’t look at poor people as alms-seekers or bystanders to their own lives,” they write. “They’re your customers. Always set out by purposefully listening to understand thoroughly the specific context of their lives—their needs, their wants, their fears, their aspirations.” 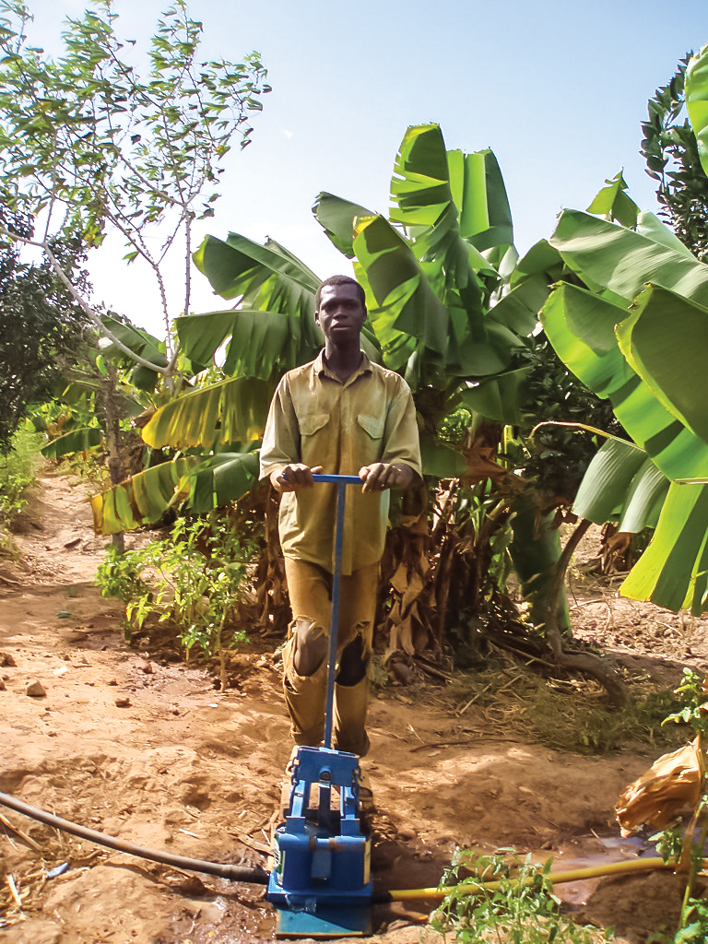 A man uses a treadle to pump. (Tingju Zhu)

Is it possible to create a multinational business that sells to customers living on $2-a-day budgets, transcends cultural differences, can expand rapidly, markets locally, increases the earning potential of the consumer, and makes enough profit to attract commercial investors? Wouldn’t multinational corporations already do this if the task were easy?

The authors touch on the failure of MIT’s charcoal initiative in Haiti. Armed with new and efficient technology to transform agricultural byproducts into marketable charcoal, the “Fuel from the Fields” project aimed to help 10,000 Haitian farmers add as much as $500 each per year to their incomes. The new agricultural charcoal would be better than wood charcoal for health and environmental reasons, and would be reasonably priced. Farmers would make a profit off the new equipment in less than a month, with microcredit covering the initial purchase.

Twelve years later, the project has gone nowhere. Only 1,000 families learned to use the technology. The agricultural byproducts assumed to be in abundance decreased in quantity and increased in price. Families in Haiti didn’t see the point in purchasing the new charcoal, and the market never developed.

If nothing else, this vignette shows how difficult it will be to develop the Model Ts of the next century. It will require not only brilliant engineering minds at places like MIT, but also savvy entrepreneurs who can reach retailers like Badu Bahera and sell a product that the poor truly value. It will take shrewd minds to delineate between “wouldn’t it be nice” inventions and products that poor consumers think are vital to their daily lives.

This is where The Business Solution to Poverty leaves the reader wanting. Most of the storytelling is linked to the treadle pump and Spring Health water. Beyond these lonely success stories, the book leans heavily on the dreams of what could be instead of the realities of what is currently working. It is left to the reader to go forth and do—find, nurture, and develop that magic product that will help save the world. And in the many parts of the world lacking civil and economic liberty, Polak and Warwick’s optimistic vision is simply improbable.

For philanthropists, this book is a reminder that alms and aid aren’t magic either. The authors describe uncoordinated relief in harsh terms, and warn, with good evidence on their side, that “giveaways breed dependence and self-doubt instead of change.” But philanthropy has a strategic role to play in creating the conditions for thriving businesses and governments. When it reinforces freedom and opportunity, philanthropy opens doors for entrepreneurs like Badu Bahera, and his neighborhood thrives.

Ashley May is strategic communications specialist at The Philanthropy Roundtable.