Peace, They Say: A History of the Nobel Peace Prize, the Most Famous and Controversial Prize in the World
by Jay Nordlinger 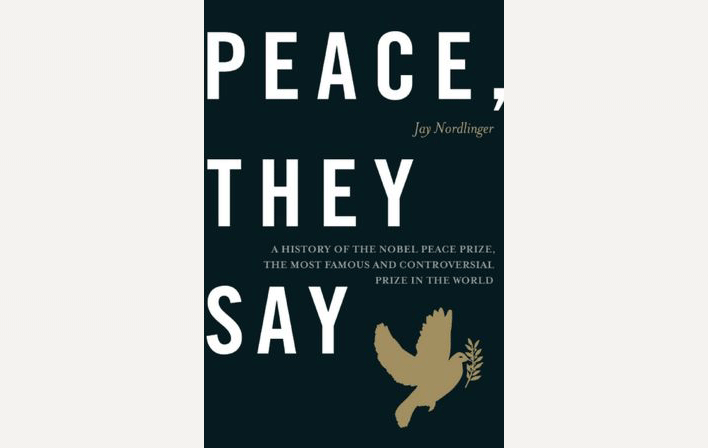 Readers of Nordlinger’s “Im-promptus” column on National Review Online know that the Nobel Peace Prize is one of the author’s favorite topics. Here he elaborates on it at book length. Most of the volume is comprised of a “parade of laureates”—a list of winners over 100 years accompanied by Nordlinger’s aperçus and bon mots. (Sample: “Gorbachev’s prize was what Wa esa said it was: a prize for not raping. Why should someone be given a prize for that?”) The most interesting section of the book is the opening sketch of Alfred Nobel and his will. The Nobel Prizes are one of modern philanthropy’s most famous creations. But the Peace Prize is uniquely controversial, with winners including heroes, politicians, diplomats, scientists, scholars, mediocrities, and rogues. Perhaps the administration of the prize would have vexed Nobel: at his death in 1896 he intended it to be given to “the person who shall have done the most or the best work for fraternity between nations, for the abolition or reduction of standing armies, and for the holding and promotion of peace congresses.” The prize committee almost instantly neglected the instruction, awarding the first prize in 1901 to not one but two persons, both of whom were being awarded for lifetimes of achievement, not for activities in the previous year, and one of whom (Red Cross founder Henri Dunant) sought to make war more humane, not necessarily to end it. In 1904, the prize went to an institution, not a person. Only a minority of winners can be said to comply strictly with Nobel’s will. But, as Nordlinger points out, the brilliant Nobel—scientist, inventor, entrepreneur, and man of letters—invites many interpretations: “Nobel wrote so much, and with such variety, that you can pluck almost anything from his writings to show him to have been almost anything: a ridiculous idealist, a steely, dark-eyed realist.” Whether or not Nobel would have approved of the recipients of his prizes, he could have done more to give direction to the prize committee. He could have included in his will a clear and detailed statement of his principles. He could also have begun awarding the prize prior to his death, allowing his successors to learn his decision-making process. That the Peace Prize is by turns famous and infamous is to some extent an inadvertent result of the original donor himself. 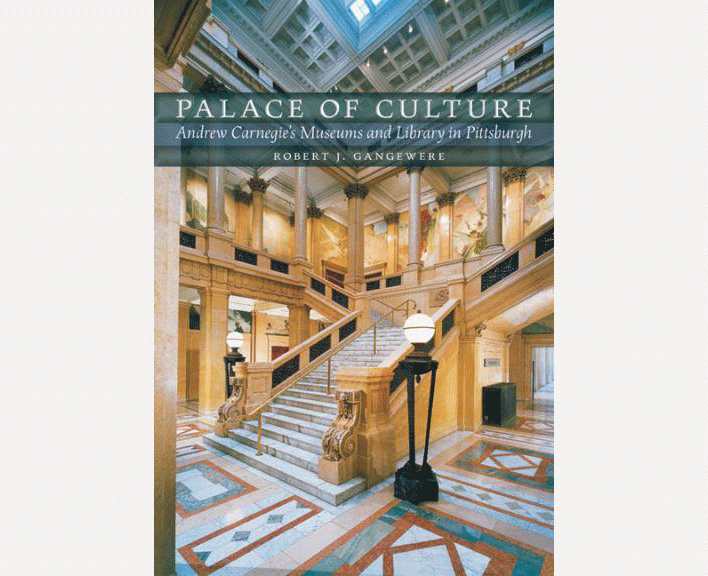 One observer in 1868 described it as “hell with the lid off.” Pittsburgh in the late 19th century was the national center of iron and steel production, a distinction that made the city rich but its cityscape ugly. Andrew Carnegie, who moved to Pittsburgh in 1848, despised the grime and gray, and used his philanthropy to bring beauty and sophistication to the city of steel and smoke. Gangewere, a former editor of Carnegie magazine, exhaustively details (with lavish illustrations) Carnegie’s Pittsburgh endeavors. Carnegie first founded a multi-purpose library, with art galleries, assembly rooms, and music halls, which soon grew into the Carnegie Library, the Carnegie Museum of Art, the Carnegie Museum of Natural History, and Carnegie Music Hall (the last three collectively known as the Carnegie Institute, and all four housed in a single opulent building). The Carnegie Library and Institute reflected Carnegie’s life and personality. For instance, inscribed at the top of the entrance to the Carnegie Library are the words: “Free to the People.” It was an ideal Carnegie espoused ever since his childhood, when he resented being charged a fee for access to library books. And every nude in the Carnegie Institute was draped, fulfilling Carnegie’s hope that “nothing in the gallery or hall will ever give offense to the simplest man or woman.” His cultural institutions were as successful as his business affairs; the Carnegie Library is said to generate more than $91 million annually to the Allegheny County economy. Which is fitting, considering Carnegie’s dedication speech for the library: “This Institute is built by a Pittsburgher with Pittsburgh money for Pittsburgh.”

Inside Coca-Cola: A CEO’s Life Story of Building the World’s Most Popular Brand
by Neville Isdell with David Beasley 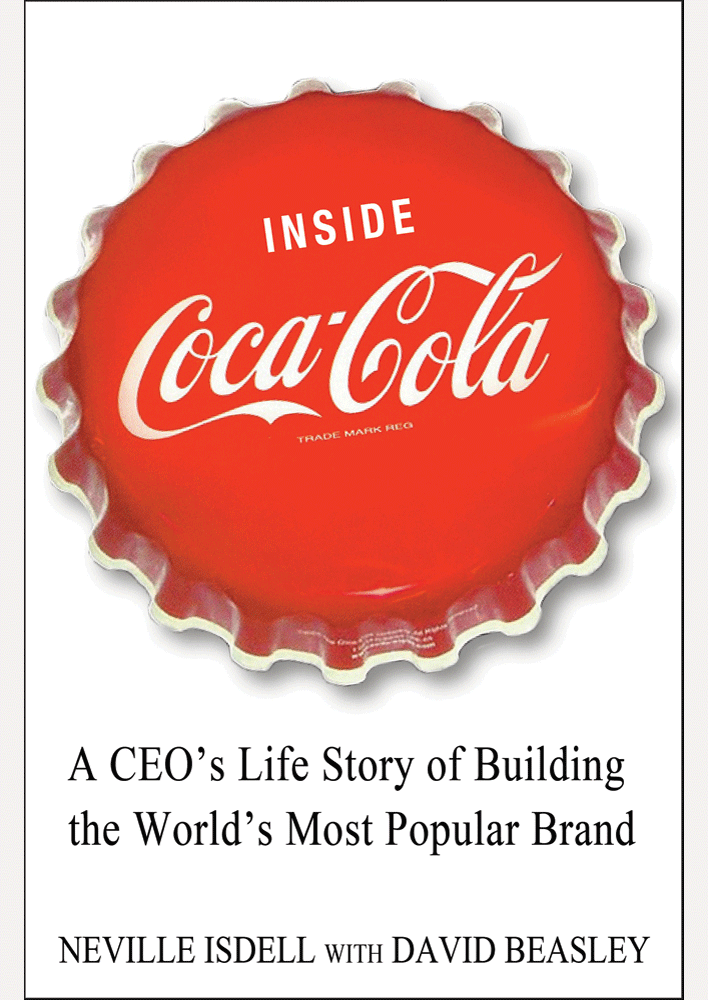 By the time Isdell took over Coca-Cola in 2004, a fair amount of the fizz had gone out of the brand. The bubbling growth of the 1980s and 1990s had gone flat, and the board hoped that Isdell could restore some effervescence to the balance sheet. Most of this book follows the Ulster-born Isdell’s exotic upbringing: born in southern Africa, the son of a police fingerprint expert, followed by an energetic, peripatetic rise through Coke’s corporate ranks. There is some interesting material about the world’s most popular soda: originally developed as a hangover cure, it is now the world’s second-most recognized term after “OK,” and is available in all but three countries (North Korea, Burma, and Cuba). He divulges nothing about the secret formula (which Isdell himself claims not to know), but the chapter that may be of particular interest to Philanthropy readers is the final one, on “Connected Capitalism,” the author’s vision for successful corporate philanthropy. It’s a tad saccharine—some happy talk about three-way partnerships between government, corporations, and nonprofits that seems very 2009—but Isdell has given some good practical thought to the potential and limits of what corporations can do to help people while maximizing profits. “Capitalism is the most potent form of foreign assistance,” he observes, with the jobs, training, and economic growth that a growing business brings to a poor country generally outweighing whatever benefits direct foreign aid might provide. Corporations should focus their philanthropy on issues and concerns that are related in the public mind to their core business; thus, Coca-Cola involves itself with water-purification projects. There is a reason that the for-profit model works so well, and nonprofits and development agencies could learn much from it. Take, for instance, Coca-Cola’s unparalleled distribution system, which manages to make its sugary drinks available in the remotest spots on earth: “Everyone along the way, from start to finish, makes a profit,” Isdell writes. “It may be a tiny profit but it is a profit nonetheless, and that is what drives efficiency.”

Six Tires, No Plan: The Impossible Journey of the Most Inspirational Leader That (Almost) Nobody Knows
by Michael Rosenbaum 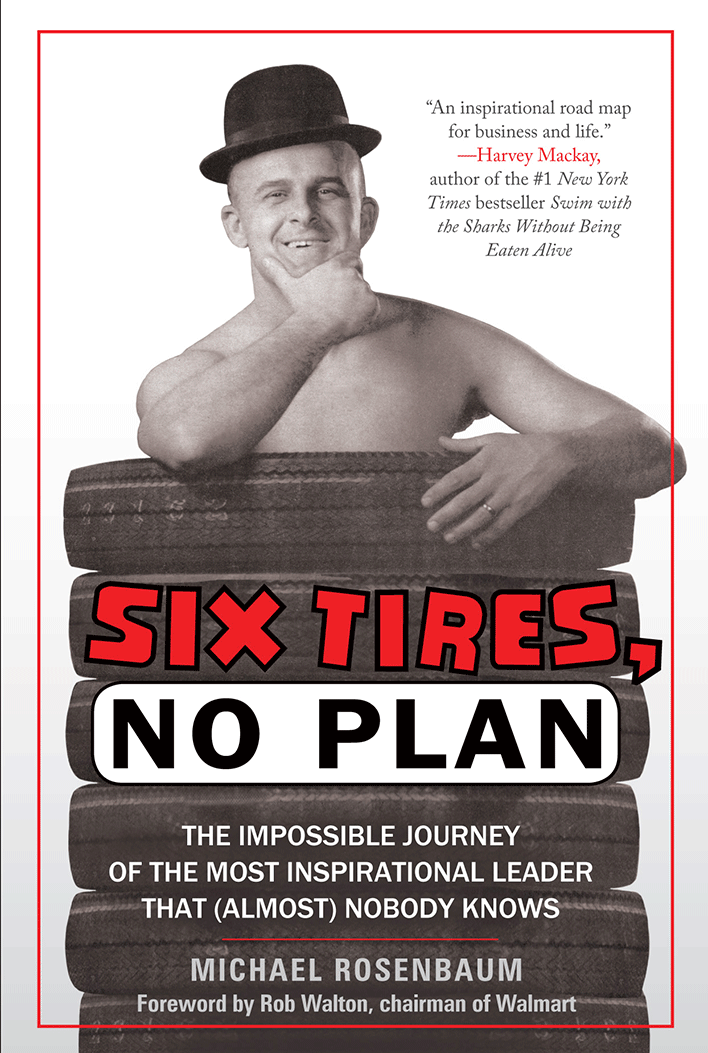 Bruce Halle, ranked 96 on the Forbes 400, didn’t intend to go into the tire business. His career plan was to become a P.E. teacher. But plans change. Six Tires, No Plan tells the story of how the founder of Discount Tire built one of largest tire chains in the country, and it highlights Halle’s commitment to passing on his good fortune to others. Halle’s career path shifted after he served in the Marine Corps during the Korean War. When he returned home to Michigan, Halle entered the tire business in order to support his young family. “Tires were the first adventure when I was stuck,” Halle says. “I had to open the tire store to work my way out of that mess.” Discount Tire was not an overnight success, but Halle’s hard work and persistence paid off. Discount Tire now has over 800 stores in 22 states. Halle is committed to “paying it forward,” especially to those under his employ, and helping others wherever he sees a need—preferring smaller, more tangible acts of philanthropy to grander acts that attract public notice. Rosenbaum tells the story of a university president who approached Halle for funding with the promise of the sort of publicity a large gift would receive: “He’s saying the publicity is good for us and so on, but that’s the last thing I want,” says Halle. “If I’m going to give $35 million to anybody, I’m going to give it to my employees and their families.” Halle’s “retail approach” to philanthropy, focused on individual results, often leads to him “opening his wallet to individuals with a sad story or immediate hardship.” His wife, Diane, has played a significant role in formalizing and expanding the couple’s personal philanthropy. In 2002, they established a foundation that supports causes such as education and the arts in Arizona, where they live. Diane Halle has also organized Discount Tire’s giving as a firm under the name Driven to Care. Though Halle and his tire store have come a long way from their humble beginnings in Ypsilanti more than 50 years ago, the tire salesman’s first question to employees and customers remains the same: “What can I do for you today?”

Freedom from Wealth: The Experience and Strategies to Help Protect and Grow Private Wealth
by Charles A. Lowenhaupt and Donald B. Trone 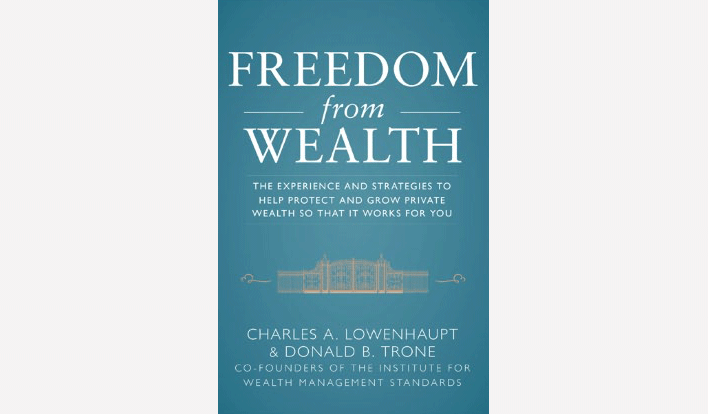 Veteran wealth advisors Lowenhaupt and Trone elaborate on a set of principles and standards they developed for managing private fortunes. Writing for both high-net-worth individuals and the wealth managers they look to for advice, the authors urge the wealthy to examine the purpose of their fortunes. In his section of the book, Lowenhaupt devotes a chapter to philanthropy as an integral part of any wealth management strategy. He argues that philanthropy, defined broadly as “engaging constructively in one’s community,” should “always be part of family wealth if the wealth’s purposes include multiple generations or family legacy.” He offers as examples the role of philanthropy in creating a family brand and in fostering connectivity within a large or multi-generation family. (The book would benefit from a few candid examples of how philanthropy can splinter a family, as well.) An experienced donor in his own right, Lowenhaupt offers a thoughtful reinterpretation of the current vogue of “strategic philanthropy.” The point of philanthropy, he argues, is not how to make wealth achieve some quantitative result. Rather, it is to “make a philanthropic program help the wealth holder or the family accomplish its goals.”