Charity rises in China. Disrupting the textbook market. Flight of the ospreys. A murky future for donor-advised funds.

Last year when he was worth a mere $4 billion or so, Chinese tycoon Jack Ma told the Wall Street Journal he had no intention of signing the Giving Pledge. “This idea of giving your money out was not created by Gates and Buffett. It was created by the Communist Party in the 1950s!” he joked. Ma is not the only Chinese businessman skeptical of American-style philanthropy. Though his country is home to an estimated 358 billionaires, exactly none have signed the Giving Pledge. When Bill Gates and Warren Buffett teamed up to promote philanthropy in Beijing in 2010, many wealthy Chinese failed to show up at the meeting. The Chinese have historically kept their money within the family. And if they give to charity, they tend to do so in modest ways. In addition, China’s legal and regulatory climate isn’t philanthropy-friendly, to say the least. The Communist Party did slightly loosen restrictions on charitable organizations in November, however, acknowledging the value of an active civil society. 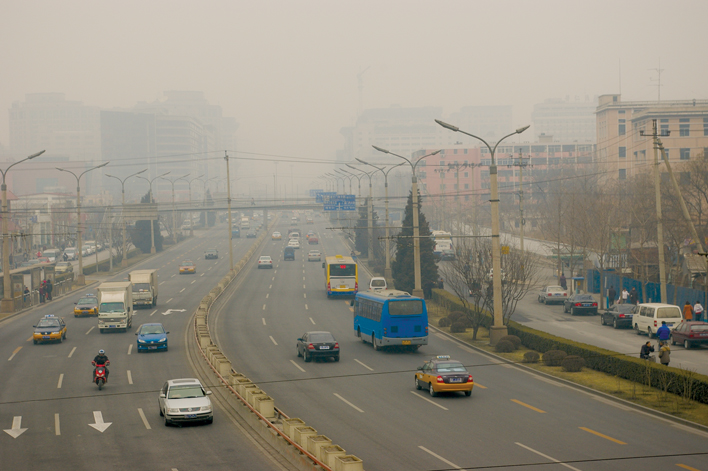 Meanwhile, as his company Alibaba is about to stage an IPO that could add another $8 billion to his fortune, Jack Ma’s views on philanthropy are evolving. Apparently concerned that China’s rampant pollution contributed to his father-in-law’s recent death from cancer, he and a company co-founder announced in April that they will pour several billion dollars of their private wealth into a new trust to fund environmental improvements and health care, as well as education, in China. Along with this grant, highly unusual in their country, Ma also agreed to serve as chairman of the Nature Conservancy’s board of directors for China, putting his managerial instincts as well as his money to work in the nascent sector experimenting with non-governmental solutions to public problems in his homeland.   —Kara Runsten

College textbooks are notoriously expensive. Students shelled out an average of more than $1,200 each for books and supplies in the 2013-2014 school year, according to the College Board. Texts in many basic subjects like introductory economics, biology, and statistics cost as much as $200. A two-year-old nonprofit is hoping to change that. OpenStax College, established at Rice University with philanthropic funding from the Arnold, Hewlett, Gates, Maxfield, and 20 Million Minds foundations, creates peer-reviewed textbooks covering content of the most popular college classes, and encourages professors to assign them so students can take advantage of the fact that these books are free online and low-cost in print versions. Each title covers all the topics taught in a standard course, in the usual order, but professors who want to instruct somewhat differently can also customize the text to match their lessons. Thanks to a $6 million grant from the Laura and John Arnold Foundation, OpenStax is now in the midst of doubling its offerings, with new textbooks in pre-calculus, chemistry, U.S. history, psychology, and other subjects on the way. The initial goal is offering free texts for the nation’s 25 most-attended college courses. Disrupting the textbook market isn’t cheap—each one costs more than $500,000 to create. But with strong donor support, and a new distribution deal with the National Association of College Stores, OpenStax is on the way to its goal of supplying 10 million students with free or low-cost textbooks.   —Kara Runsten

Twenty years ago, the river that dissects the District of Columbia was choked with pollution. The Anacostia had few fish and no ospreys—the big, yellow-eyed fishing birds that often thrill waterside observers. But a group of residents pooled their money and time to form the Earth Conservation Corps, a key helper in cleaning the river, and when ospreys began to show up as summer residents in the capital city, the nonprofit decided it would learn more about them, according to a recent account in the Washington Post. Locals funded a $20,000 project to track the creatures when they migrated. Transmitters, placed on the birds after volunteers netted the ospreys near bridges, revealed that the new avian residents of D.C. wintered in South America. One local osprey traveled 2,900 miles from western Venezuela over a three-week period; another flew about 3,500 miles from its winter home between two tributaries of the Amazon in Brazil. D.C.’s top cop is one of the citizens donating her time to the osprey-tracking cause. Police chief Cathy Lanier climbed to the top of bridge abutments to help catch ospreys for the transmitters. “They’re amazing birds,” she told the Post. Indeed. Ospreys can sleep and migrate at the same time, using only half their brains for flight. The satellite paths showed they usually travel at 25 or 30 miles per hour, several thousand feet in the air. We have much more to learn about these birds as they rebound in their historic habitat, and thanks to local philanthropy, we’re on our way to doing that.

DAFs: Popular yet under pressure

Donor-advised funds are mushrooming. In 2012 the funds held more than $45 billion—up 19 percent from the previous year, according to a study from the National Philanthropic Trust. The number of accounts also went up about 7 percent, to 201,631. Their popularity is easy to understand: Many small donors appreciate having access to professionally managed philanthropic funds that still allow for donor choices, without the hassle and staff of an entire foundation. But legislation recently proposed in Congress could threaten the funds’ appeal. A draft tax-reform bill by Ways and Means Committee chairman Dave Camp (R-MI) requires donor-advised funds to give out contributions within five years of receiving them, or face a 20 percent excise tax. That significantly limits the strategic ability of donors to grow the value of their lifetime gifts before targeting them toward recipients. The rule would “effectively destroy the use of the donor-advised fund as a philanthropic platform and turn it into an enhanced charitable checkbook,” said Jeffrey Zysik of DonorsTrust during a recent webinar hosted by the Alliance for Charitable Reform. ACR, a project of The Philanthropy Roundtable, is currently working to educate lawmakers on the effects of this change. To follow its efforts, visit ACReform.com.

When he was eight years old, Paul Salaman met famed naturalist Sir David Attenborough and was hooked on the natural world. He has since led research expeditions across Colombia and described four bird species new to science. He now serves as CEO of the Rainforest Trust.

Q: What surprises people about the rainforest when they go for the first time?
A: They are cathedrals of biodiversity. There’s so much explosive life. Birds singing and wildlife and ants and insects on the ground, and every tree and plant is different. Rainforests provide the oxygen we breathe, the water that we depend on.

They are critical for atmospheric cycles. They provide vast amounts of nutrients for agriculture. They provide aesthetic pleasure and also medical benefits; there are a number of species of plants and animals in the tropics that provide valuable compounds for medical research. 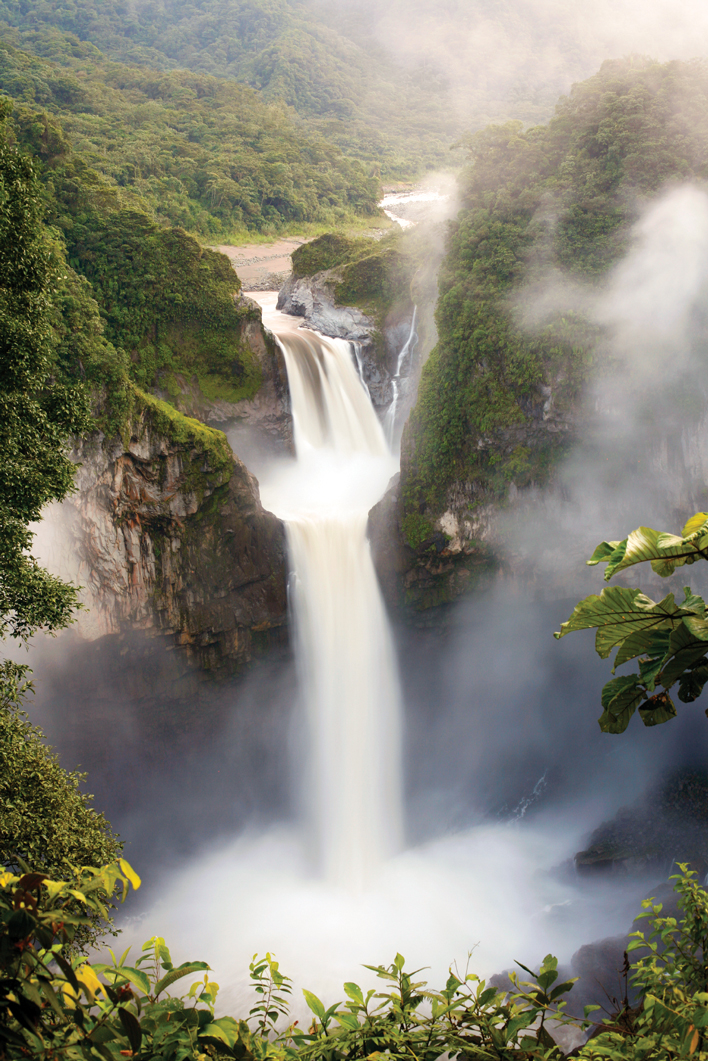 Q: Tell us about Rainforest Trust.
A: We were founded in 1988 with a mission to establish new protected areas in the tropics: national parks, nature reserves, sanctuaries. We conserve endangered species by protecting their homes, and we always do it in partnership with local organizations and communities.

For example, we’ve been working with the Center for the Development of an Indigenous Amazon (CEDIA) for almost 20 years to title indigenous community lands across Peru. Governments have finally recognized that clear ownership is a good way to get communities to manage their own land. If the people don’t have land rights, they can’t legally defend their property. Say a rogue logging or mining operation comes into an indigenous community and starts clearing. The people can go to the police, but the police say, “Well, where is the proof that it’s your land?” They don’t have any, so they can’t stop the intrusion. Getting them the title empowers them to protect those areas. In 25 years, we’ve helped protect several million acres across the tropics.

Another way that we’ve often worked is land purchase—similar to the Nature Conservancy model—of a very important area for an endangered frog or bird. We purchase key areas of breeding habitat through local partners—very good organizations with good governance and experienced conservationists and biologists. Lelis Rivera Chavez of CEDIA, for example, has saved over 20 million acres of rainforest, preserved more than 360 community lands, and established five major protected areas from scratch.

Q: Tell me about your work in Ecuador with the Paul Allen Family Foundation.
A: From 2010, they have been supporting us for land purchase in Ecuador, just outside of Quito. Half of the water for the capital city comes from the Antisana watershed that was unprotected and covered with cattle. The water pollution from cattle—amoebas and bacteria—meant that the water had to have additional treatment, which is expensive and often not done. And the land was drying up because it was so heavily grazed and damaged. Working with the water fund of Quito, the Paul Allen Family Foundation, and a number of other donors, we were able to support the purchase of over 270,000 acres from cattle ranchers to secure that resource.