Summer 2015 – Something Out of Nothing

Stories on the sources of prosperity

It is said that necessity is the mother of invention. And invention is the father of philanthropy, because it creates the wealth that enables great generosity. Now a dazzling new book uncovers philanthropy’s grandparentage. In How We Got to Now, science writer Steven Johnson opens the hood of the engine driving wealth creation and pronounces ingenuity to be the source of our modern prosperity, including our philanthropy.

After centuries where life was “nasty, brutish, and short,” the overwhelming majority of people in developed countries now enjoy existences that are long, comfortable, and secure. Johnson parses out how this happened by telling histories of six fundamental elements: glass, cold, sound, cleanliness, time, and light. 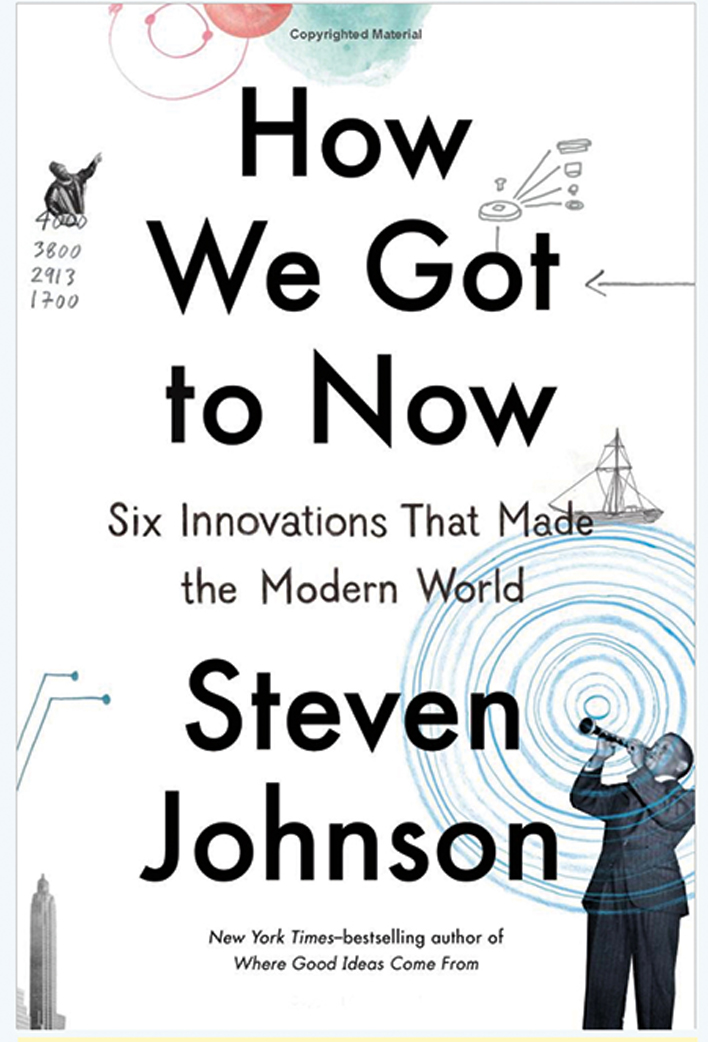 Let’s consider glass. A naturally occurring substance, glass is created when silicon dioxide (sand, essentially) encounters intense heat from some source, such as a meteor strike. The heat melts the silicon dioxide, and when it returns to solid form it forms a substance that is translucent. At first, the comparatively rare naturally occurring lumps of glass were treated as jewels. The journey from jewel to modern commonplace is a long, fascinating, and serendipitous one, often going down unexpected pathways.

The ancients, especially the Romans, learned how to make glass and used it for jars, drinking vessels, and even window panes. But these items were strictly for the rich. Only when Venetians learned to make glass wholly transparent and colorless in the thirteenth century did it begin to change the world.

Glassmakers noticed that a lump that was curved on one side had the effect of magnifying things. Some forgotten genius put thin disks of such glass into a metal frame and spectacles were born—with a transformative effect on the economy. Because people tend to become nearsighted as they toil at close work, and farsighted as they age, glasses greatly expanded the working lives of painters, tailors, scribes, and other important workers.

With the arrival of printing in the fifteenth century, which greatly reduced the cost of manufacturing books, literacy began to spread much more widely and the demand for spectacles greatly increased. So, of course, did the number of spectacle-makers. Some of these experimented with lenses in hopes of finding other things they could do besides correct vision. In 1590, it was found that two lenses used in conjunction could make objects that were too small to see with the naked eye quite visible. This opened up a whole new, microscopic world that no one had expected existed, just as the scientific revolution was getting underway.

Two decades later, another arrangement of lenses produced the telescope, an invention that Galileo promptly used to revolutionize astronomy. In the nineteenth century, lenses made possible both photography and the movies. In the twentieth, woven glass—fiberglass—was used in applications too numerous to mention. A particularly clear glass (looking through half a mile of it, Johnson tells us, would be like looking through an ordinary windowpane) has replaced copper wire as a means of transmitting information over long distances.

That’s not all. Around 1400, Venetian glassmakers discovered a new use for their clear glass. They coated one side with a mixture of tin and mercury to make a highly reflective surface, creating the glass mirror. For the first time in history, people could see clearly what they looked like. And the mirror served much more than human vanity. It made self-portraits possible and allowed artists to discover perspective, revolutionizing the art of painting. It induced a greater awareness of the self and moved the center of gravity in society away from the collective and towards the individual.

In his other five chapters, Johnson likewise shows how the serendipitous nature of innovation changed the world again and again. Some of the entrepreneurs’ names we remember; others we’ve forgotten. But all were motivated by combinations of curiosity, profit-seeking, and humanitarian vision, and all provided their fellow citizens with opportunities to flourish.

Take Frederic Tudor and John Gorrie, rivals in the provision of cold to warmer climes. Tudor was a businessman who failed and failed and failed again to profitably transport ice from north to south—until he succeeded lavishly. His triumph was a fabulous trifecta of entrepreneurship: taking three “worthless” side effects of the New England economy—frozen waterways, sawdust, and empty outbound merchant ships—and combining them into a cheap product.

Gorrie was a doctor in the swamps of Florida intent on soothing his malaria-ridden patients. Ice blocks hung from the ceiling of the hospital helped for a time, but hurricane season disrupted their delivery. And so he resolved to make artificial cold. He invented a working refrigerator. Lacking business acumen, and stymied in part by his competitor Tudor, he never sold a single one, though. Yet of course his idea lived on.

This book describes how ideas and techniques leap from one mind, one usage, one time and place, into new locales, changing with every hop, and sometimes transforming the world in ways their progenitors could never have imagined. It even touches on some niche inventions sponsored by contemporary philanthropists for specific purposes—the Bill & Melinda Gates Foundation’s “Reinvent the Toilet Challenge,” the Long Now Foundation’s clock designed to tick 10,000 years. It’s a timely reminder that comfort and prosperity were not part of earth’s default settings—they are the product of human curiosity and toil. That’s what makes us wealthy, and generous.