The Kindness of Country Strangers

This summer, I had a crisp personal demonstration on the question of how government, business, and civil society should divide responsibilities for addressing human dilemmas.

I was driving in a rural section of Virginia as the sun began to set, with three others in the car, including a young child. We were deep in a mountainous area with little traffic and zero cell-phone service for many miles around. Suddenly the tire on our car failed. This model of Ford supplied no spare—only, pathetically, a can of puncture sealant and small air pump. (They should have thrown in a tin of sardines to prevent you from slowly starving to death as you languish on the roadside.)

Here was a tight spot that would ultimately require not one, not two, but three Good Samaritans to escape.

The first Good Samaritan was the purest. He had no official responsibility for people stranded in his area. He had no profit motive to come to our aid. Quite the opposite: he was busy with a job at the time, en route to buy construction supplies at a store an hour away before it closed for the night. Instead, he stopped for us.

After absorbing our story, Curtis drove me back to his barn where he had a landline, so he could call a tow truck. With his huge calloused hand, fingers thick as sausages, he punched in number after number. Late on a Saturday night in a sparsely populated county, no one picked up. Eventually he reached an old pal, Ray, who operates his own wrecker—but Ray was off duty and spending the evening in a small town an hour away. Yet I heard him say over the phone, “If you can’t find anyone else, Curtis, call me back, and I’ll come home and take care of ’em.” We finally had to take Ray up on that offer.

Then, to save the toddler from an indeterminate wait on a dark roadside while the wrecker owner returned from his night off, Curtis volunteered to deliver my family members to the mountain cabin a half-hour down the road where we’d stashed sleeping bags, food, and water. He swapped his pickup for an old Jeep parked next to the barn, and he and I cleared it of tools, empty water bottles, and boots that denoted a hardworking farm vehicle, then swapped in our child car seat.

Though we’d completely blown his night, Curtis was nothing but kindness and honey. When I asked him, before he drove off, for an address so I could send him a little thank-you gift, he replied, “You can thank me by stopping for someone else who’s broke down, next time you see the need.”

While he was dropping off my loved ones at the cabin, I sat in the crippled vehicle, awaiting Ray with the wrecker. The cicadas whirred. The sun painted the meadows a pungent bittersweet orange. Then the surrounding crags got a last goodnight hug from the light, and I was alone in the gloom.

After about an hour, a black Charger winking blue lights rolled up behind me. This was an official Good Samaritan. A sheriff’s deputy named Cody with a round face and a high-and-tight haircut inquired into the nature of my problem. He smiled when I said Ray was on his way. “Ray’s a good man,” the sergeant confirmed.

And as if by magic, Ray’s flatbed truck rounded the curve at just that moment.

My problem, however, was not yet solved. We were an hour or more from the nearest tire stores, none of which we were sure would be open the next morning (a Sunday). Meantime my family was off in a remote location the exact opposite direction, with no ability to be reached by phone, semaphore, carrier pigeon, or signal fire. One family member had an important cross-country flight to catch early Monday, and the two-year-old could neither spell nor understand the concept of stoic patience.

The second and third Good Samaritans now standing before me had some institutional incentive to help me. Cody’s badge imposed an element of administrative responsibility for making sure I didn’t end up as coyote food. And Ray was anticipating payment in return for letting me ruin his night off.

My needs, however, almost immediately outran official duty and the profit motive. First, we—with no working phones—had to figure out which tire store might be open on Sunday. Deputies aren’t supposed to google businesses for private citizens sitting in dead zones, but Cody volunteered to use his police radio to call dispatch and ask them to find a Sunday vendor. They radioed back an answer a little while later.

We agreed Ray would tow the car to the repair shop that opened on Sunday. But how would I return to my family? And how would I get myself to the car the next morning? 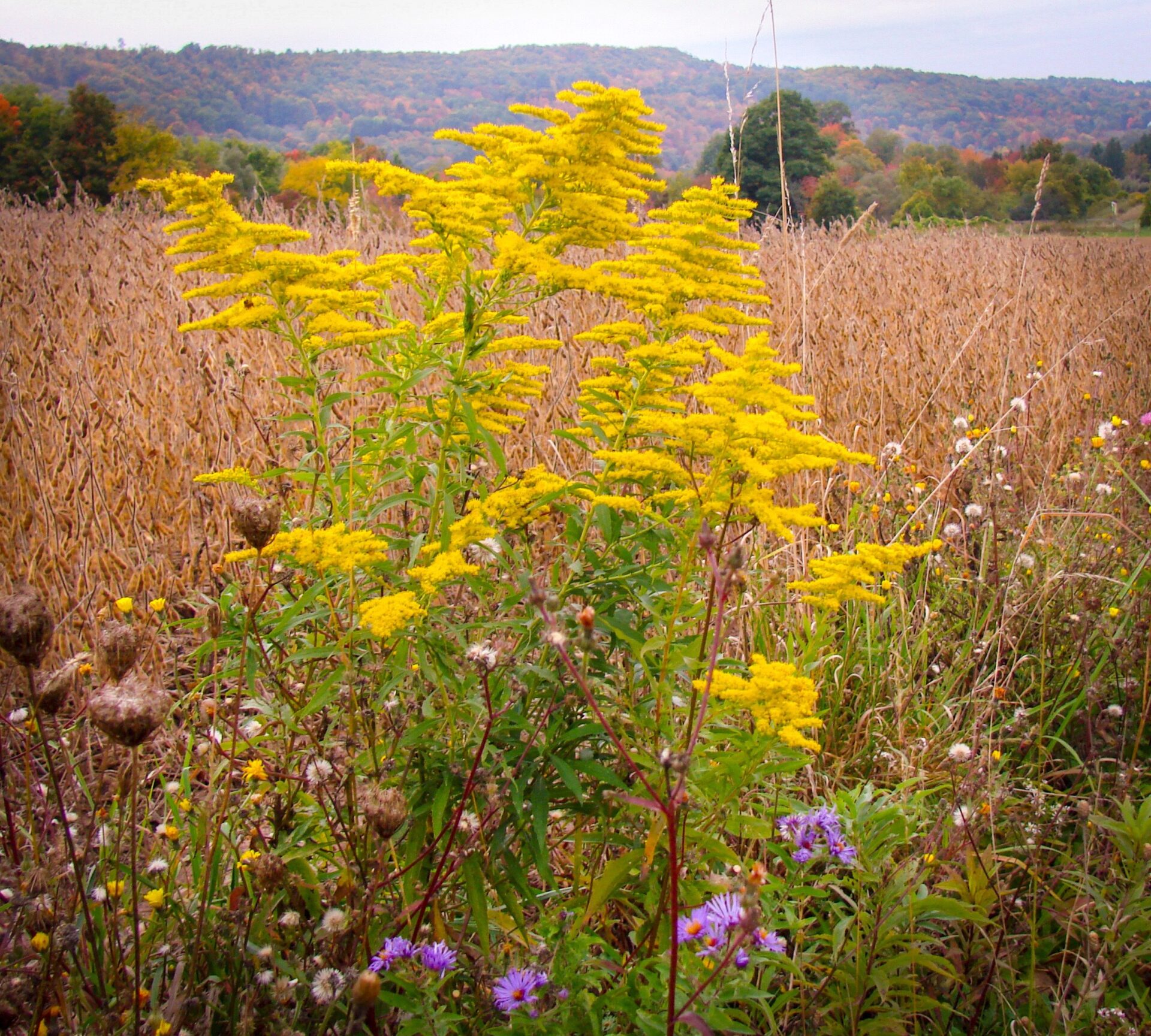 The countryside I was standing in was thick with wildflowers and gorgeous swallowtail butterflies, but utterly bereft of cell-phone towers, Uber, taxis, or rental cars.

Here is where Cody took his second departure from official procedure as an officer of the state, and offered me something especially valuable: a bit of human charity. Once Ray hauled my car away, Cody said, he would drive me over to the cabin where my family was waiting—even though that was in a different county where, officially, he as a deputy shouldn’t go. I was never so happy with the idea of being locked into the steel-encased back seat of a police cruiser.

Simultaneously, Ray made his own, second deviation from proper business procedures. Having interrupted his private evening to rescue me, he now offered to drive out to my mountain cabin early Sunday morning and pick me up in his own car, then drive me the hour to the tire store so I could reconnect with my chariot.

Humble, day to day, relatively routine philanthropy—“the love of mankind”—saves people. And regularly turns disappointment and disaster into kindness and succor.And the tale gets richer. After Ray and I arrived at the store the next day and he waited an hour to make sure the vehicle could be fixed before he left, it was time for me to pay him his wrecker fee. Problem is, Ray is a self-employed country businessman who doesn’t take credit cards, and I had used my last check and cash the day before to purchase a heap of peaches, melons, and local lamb at Jenkins Orchard. Money beautifully spent, but leaving me without a way to make Ray whole. He drove me to a series of ATMs where my humiliation was only deepened by finding that every local cash-dispensing machine simply laughed at my credit-union debit card, while the PIN number of my credit card was so secret that even I couldn’t know it.

There is an iron-clad towing-business protocol for when a customer can’t or won’t pay you: Impound the car. Ray, bless his heart, told me not to worry about that. If I would please mail payment, he was happy to trust me. By then we had spent a couple hours talking family, farming, gout, heart attacks, woodworking, demon alcohol, youthful errors, and Antioch Baptist Church.

So to recap: My skin was saved by three very good men acting under a variety of influences. Cody was launched onto the roads by his government mandate, but went well beyond it into charitable kindness in ways that were crucial to my salvation.

Ray had a profit motive for acting, yet practiced uneconomic behavior right from the moment he opened his old flip-phone instead of just enjoying his Saturday night off work. And for his trouble, he earned a deadbeat customer who merely promised to mail payment. (Sure, the check’s on the way. Sure.)

And Curtis—who was our first Samaritan, and the key to making this whole rescue work out—had neither a government prerogative nor a profit motive to snarl himself up in my mess. He was a purely charitable actor. And asked only that I practice charity in return as my way of paying him back.

That, in a nutshell, is a pretty good illustration of how humble, day-to-day, relatively routine philanthropy—“the love of mankind”—saves people. Improves life. And regularly turns disappointment and disaster into a tingling warmth that rises from your chest to your neck and shoulders, making you just shut your eyes for a second and thank the Lord for sending kindness and succor in human form.

In the pages that follow, we are going to look at other corners of life where government, business, and charity overlap, flow in parallel, or bang up against each other. Among those three forces, charity is the one most likely to be underestimated (or overlooked altogether) as contemporary Americans peer across the landscape of human action. That is a mistake, as my weekend misadventure illustrates.

Obviously there is an important role for the state in managing public problems. I was certainly glad when Cody pulled up behind me on that country road and became part of the fix for my predicament. But throwing the force of government at problems is an overused modern reflex, with limited effectiveness in many areas.

Government, business, and charity overlap, flow in parallel, or bang up against each other. Of these three forces, charity is the one most likely to be underestimated.Using market enterprises to fulfill public needs is one way to counterbalance and fill holes left by government. Ray spent a lot more hours helping me overcome my breakdown than any of my other saviors, because his financial incentives ran in the same direction as his instincts of human decency. In our bustling free economy, businesses fix more and more problems, of ever greater complexity, with each passing year. When we have packages to deliver, energy shortages to fill, diseases requiring treatment, communications technology that needs improvement, environmental issues wanting attention, transportation bottlenecks to unclog, or satellites that must be launched, we increasingly rely on commercial solutions. Two feature stories in this issue describe how entrepreneurs, inspired and backed by philanthropy, are making novel attempts to combine charitable feeling with the motive force of business mechanisms in order to improve life (in America and Africa).

And there are many times and places where direct charitable action has a large and irreplaceable role to play in addressing public challenges. In my essay I lay out some of the capacities brought to bear on U.S. public life by philanthropy. I urge readers not to underrate the utility of personal charity. And warn that skeptics and opponents are swelling in number.

Don’t let anyone tell you that philanthropic acts are a weak runner-up to government and business. They are a full-fledged third leg of the well-balanced stool upon which American society rests. If today’s enemies of private giving—who are gathering their forces as we speak—are allowed to pare down that third leg of civil society, our nation will begin to teeter.