The Power of Small Givers

The Ford Foundation was once described as “a large body of money…completely surrounded by people who want some.” It’s easy to look at a big pile of silver like a major foundation and think that’s what American philanthropy is all about.

But, actually, philanthropy in the U.S. is not just a story of moguls and big trusts. In fact, it’s not primarily about wealthy people at all. 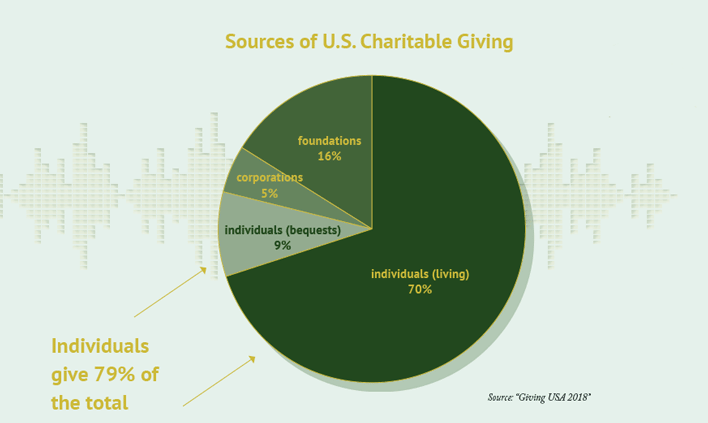 Take the Gates Foundation. We hear an awful lot about it—and it does some wonderful things. But keep in mind that Gates gives away about $4 billion annually. Meanwhile, Americans as a whole donate $410 billion every year. That means Gates money is about 1 percent of our total yearly donations. And the value of our donated time as volunteers is worth about as much as the cash we transfer. So big givers are only a small portion of our full charitable pie.

Last year, just 16 percent of charitable giving in the U.S. came from foundations, and only 5 percent more came from corporations. The rest was given by individuals—with the bulk coming from everyday small givers at an annual rate of about $2,500 per household. Amidst all the media-painted pictures of gifts from the rich, few people realize that the philanthropic iceberg looming beneath that surface tip is a vast body of small donors.

Take Gus and Marie Salenske. Gus was a plumber and Marie was a nurse. They lived quietly until a few years ago in a small house in Syracuse, New York. Their one indulgence was weekly square dancing; other than that, they were savers. And when they died not long ago, this simple couple left more than $3 million to charity.

Anne Scheiber was a shy auditor who retired in 1944 with just $5,000 in the bank. Through frugal living and some brilliant stock picking she turned this into $22 million by the time she passed away at the age of 101. She left it all to Yeshiva University so that bright but needy girls could attend college and medical school.

Elinor Sauerwein was hardworking and independent. She painted her own home, kept a vegetable garden, and mowed the lawn herself until she was in her 90s to save money. Her financial adviser reported that “her goal for years and years was to amass as much as she could so it would go to the Salvation Army.” And when Elinor died in 2011, she left $1.7 million to the Modesto, California, branch of the Salvation Army.

Then there’s Albert Lexie, a sweet, mildly disabled man who shined shoes in Pittsburgh for more than 50 years, until his recent retirement. Albert made a decision in 1981 to donate every penny of his shoeshining tips to the Free Care Fund of the Children’s Hospital of Pittsburgh, which benefits families who can’t afford treatment for their kids. Over the years, Lexie handed over more than $200,000 to Children’s Hospital. That was a third of his total earnings during those decades. 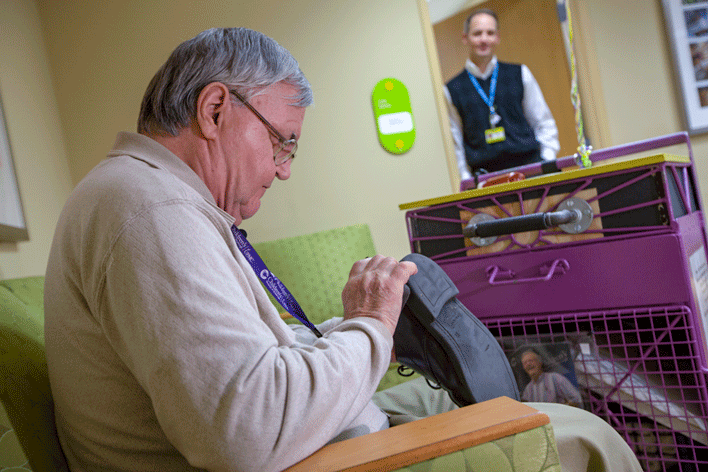 Pittsburgh shoeshiner Albert Lexie gave a third of his total earnings for decades to charity.

Impressed by his generosity, some of Lexie’s friends got together a few years ago to celebrate his efforts. He was characteristically low-key in his remarks to the gathering: “Thank you all for coming here, and I think God’s really blessing because today is a beautiful day.” The mayor of his hometown put things in perspective: “Albert doesn’t want any praise; Albert does what he does because he does it from his heart. And that’s what the rest of the world needs to understand: when you do something from your heart, it’s a better place.”

Cynics may say, “those are lovely stories, but nothing large or consequential can ever be accomplished by these little givers.” But the clear verdict from American history is that these doubters are wrong. Many remarkable things have been achieved by dispersed giving, which often aggregates in formidable ways. If everybody does their little bit, the cumulative result is impressive. As Albert Lexie, and lots of other small givers, have proven, over and over.