To Strike Water, Drill for Donors

A nonprofit produces drinkables by focusing on funders

Most international-development nonprofits exist to address a problem—inadequate health care, fragile economies, absent infrastructure. Donors are a means to accomplish this end.

Not so at charity: water, a clean-water nonprofit that, as its founder Scott Harrison recounts in Thirst, has as its fundamental goal to engage donors. Providing clean water is, in a sense, a means to this end. “I wanted to reinvent charity, to make giving a joyful experience,” writes Harrison, “to bring donors back to the true meaning of love through acts of generosity and compassion.” 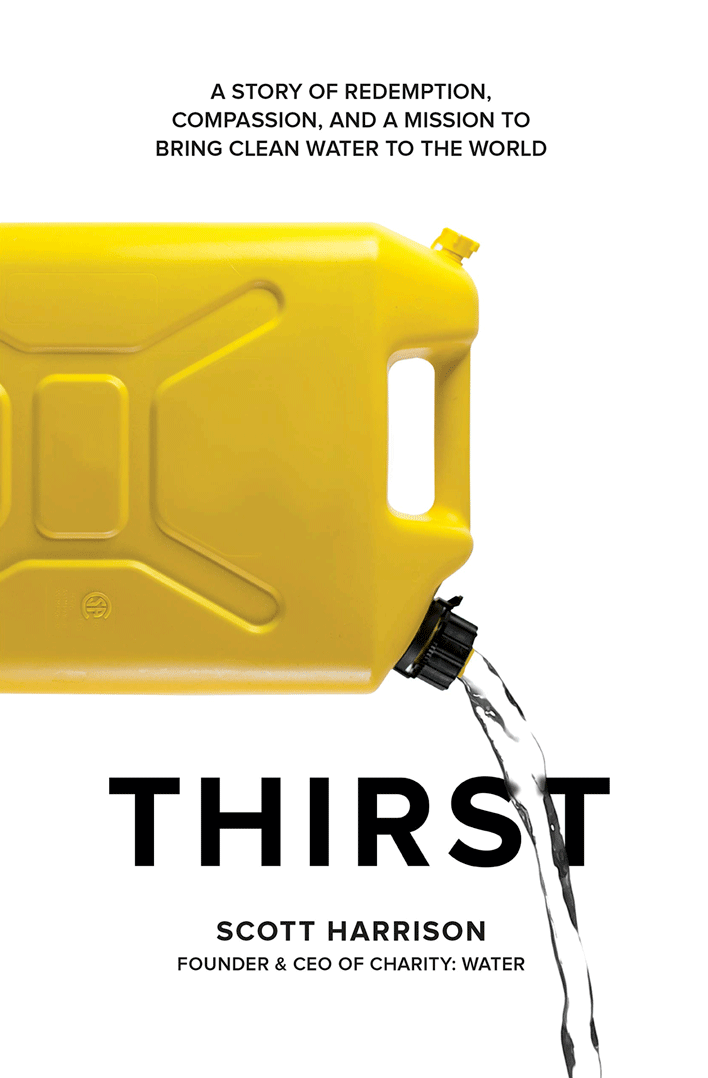 Harrison grew up in a Christian home, then rebelled by moving to New York City and working as a nightclub promoter for ten years. His hedonistic life ultimately left him feeling physically, spiritually, and emotionally bankrupt. So he signed up to work on a Mercy Ship in Liberia for a couple of years, and documented how the ship’s doctors transformed lives. That inspired him to found his own charity.

But he didn’t only want to help people in need. He wanted to connect the needy and the fortunate in ways that could engross and enrich both. “I loved the feeling I got when my own small acts visibly changed lives. It was a high that outdid any other I’d ever known, and I wanted everyone to experience it with me,” he writes. This led to some unusual priorities. Instead of thinking solely about how to deliver clean water more efficiently and effectively in the field, he focused first on drawing in and inspiring donors by collecting stories about the pain caused by water shortages. He and his staff were, in a word, marketers. They built a “brand” that was slick, creative, and upbeat, drawing inspiration from companies like Apple and Nike.

Harrison knew that donors would be suspicious of an organization with high overhead costs, so he decided, and publicized, that 100 percent of all public donations would go into the field to water projects. The operational costs of charity: water would be covered by separate fundraising solely for overhead costs, by soliciting funds from donors who understood the back-of-house needs. It is unclear precisely how charity: water stayed afloat initially; Harrison indicates that he relied on a few good-hearted donors who understood his experiment, but finances were tight for a long time. Eventually several donors impressed with what the organization was accomplishing formed “The Well,” a group that funds charity: water’s operating expenses. The first major donors were Michael and Xochi Birch, social-media millionaires who gave $1 million.

Another result of the intense focus on donors has been charity: water’s insistence on transparency. The organization tags all donations to very specific water projects, so donors can know precisely where their money is going. It has used Google Earth to show donors where each project is having its effect. And when a project didn’t have the desired effect, the group owned up to failures.

This emphasis on inspiration and transparency led to other innovations. Harrison learned that at any given time, 40 percent of wells in sub-Saharan Africa are not functioning, and that this is accepted as more or less inevitable due to poor maintenance, lack of pump repair parts, and so forth. In addition to drilling new wells, why not make 100 percent useability of existing wells a new standard goal?

To move in that direction, the nonprofit pursued and received a grant from Google to develop a sensor that indicates remotely when wells are flowing and when they are not. Charity: water uses these notifications to demonstrate to donors that their investments are yielding results. And it uses them to quickly locate and repair non-functioning assets.

The nonprofit doesn’t do drilling and well-maintenance itself. It partners with local groups, giving them access to its expertise. It forms a bridge between donors and on-the-ground organizations.

Harrison’s focus on immediate inspiration, action, visibility, and follow-up work well for a comparatively simple service like water. For more complicated and longer-term needs like full-spectrum health care, this model might be less effective. This donor-centric approach, however, is a creative way to involve and motivate potential helpers who might otherwise be sitting on the sidelines. There are lots of people who will give generously if someone will just present them with clear needs and practical solutions in a compelling and understandable way.   —Andrew Evans