“We believe that universal values—self-discipline, honesty, teamwork, generosity, and so forth—give kids and their parents and teachers the tools they need to help end the cycle of poverty,” says Cristina Burelli. By “universal values,” Burelli means something like the principles that define the fundamental moral order of the universe, intelligible to everyone. She believes that the best way to get good neighbors and hard-working citizens is by imparting these universal values to the hearts and minds of young people. 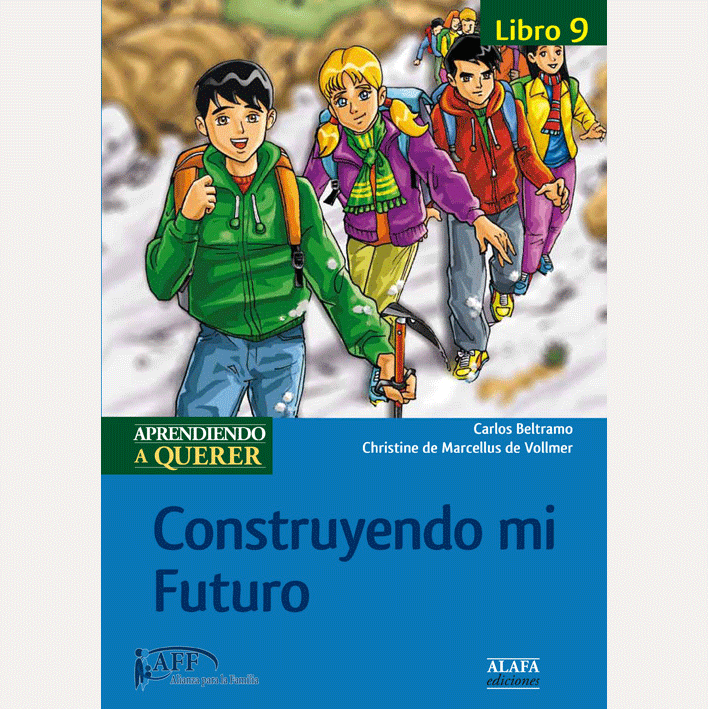 Burelli is executive director of the Alliance for the Family (AFF), which publishes a comprehensive values-based curriculum called Alive to the World. AFF is primarily active in Spanish-speaking countries, where the curriculum is called Aprendiendo a Querer, and is designed to help children discern universal values and give them the tools they need to stand up to violence in their schools, form a solid family, and overcome poverty in their communities.

Cristina Burelli and her family have long been alive to the world. One of seven children, Burelli lives in Washington, D.C. Her father, Alberto J. Vollmer, is a native of Venezuela who ran Santa Teresa Rum, a premium rum distillery near Caracas, and served as Venezuela’s ambassador to the Vatican. (Burelli’s brother Alberto C. Vollmer currently runs the business.) Her mother, Christine de Marcellus Vollmer, founded and serves as president of Alianza Latinoamericana para la Familia. Through the Alberto Vollmer Foundation, they have long supported philanthropic causes related to the promotion of universal values, the Catholic Church, and the family. 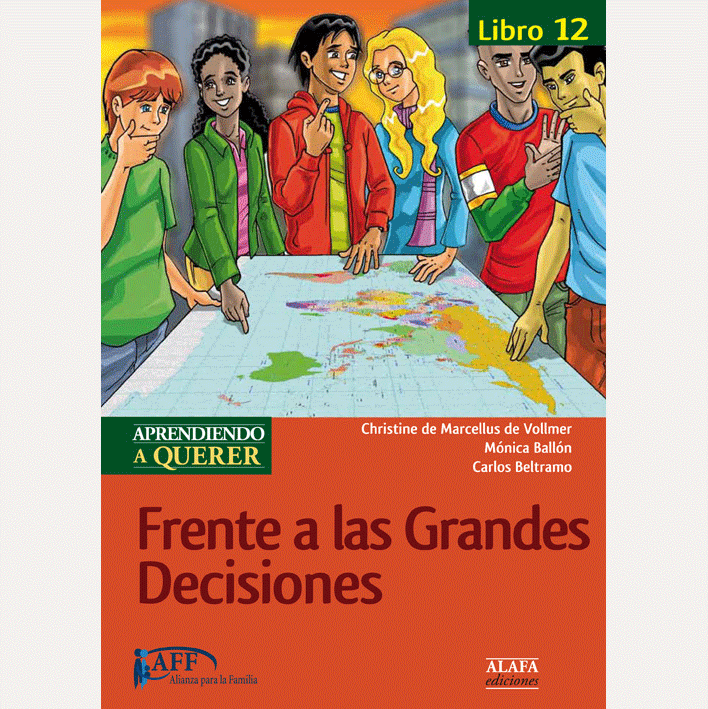 Christine Vollmer became concerned that children in Venezuela and elsewhere were not getting a values-rich education. (Then as now, moral relativism was in vogue within character- and sex-education curriculum.) So in the 1990s, she began working with educator and philosopher Carlos Beltramo to create a curriculum that would help parents transmit these values. “This group wanted to design a curriculum and program for public schools to approach sex education based on universal values,” Burelli explains. The result was a values education curriculum with an intensive abstinence-only sex education component, which calls on students to consider the consequences of their choices. “We all want our kids to grow up to be healthy and happy. As we see students adopt these universal values, we have seen a drop in teen pregnancy and violence.”

Before arriving at these more mature themes and lessons, Alive to the World students are given the building blocks to grow in respect for themselves and others. The curriculum is designed to last 12 years, told through an ongoing story of a group of friends. These characters grow up along with the reader, and throughout the stories, they face decisions and progressively more complex challenges in matters such as peer pressure, friendship, family, love, sex, and marriage.

Vollmer’s curriculum was finally completed in 2001 and published in Spanish for schools in Peru and Venezuela. A few years later, an elementary school curriculum was added to the collection. The comprehensive program is designed for teachers to devote one hour per week to discussing the material with their students. Each colorfully illustrated lesson presents Alicia, Carlos, and their friends in a relatable life situation, ranging from interacting with their parents and other adults to facing peer pressure at school—even up to coping with bullying and racism. Through classroom discussion and evaluative assignments, students engage with these scenarios and consider the consequences of decisions. Sprinkled throughout these scenarios are brief lessons in philosophy, literature, and history. For some students, it is their first introduction to Gandhi, Tocqueville, and Greek mythology. 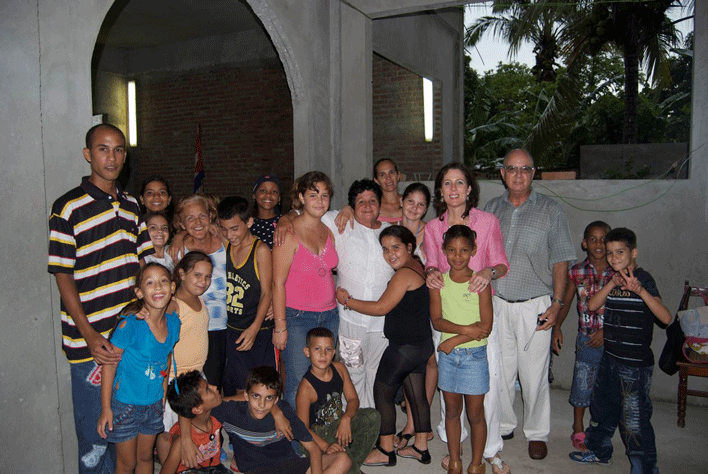 Burelli (fifth from right) with students in Cuba

To extend universal values beyond the traditional classroom, AFF also created InfoVal, an online portal to resources and information on promoting values and building character. The project, which received start-up funding from the Lynde and Harry Bradley Foundation, is an online clearinghouse for articles, teacher resources, discussions, and links to other websites on values-based topics. In an effort to standardize its multi-country teacher training, AFF has also created a Virtual Education Center: its first offering is a 12-week online course on teaching values, which it hopes to roll out in 2012.

Alive to the World is growing in popularity throughout Latin America, including in some unexpected places. The curriculum is now being used in some Cuban classrooms, as well as in Venezuelan “Bolivarian schools”—so designated by the Hugo Chávez regime after the country’s founder, Simón Bolívar—where levels of violence are often high. The first Bolivarian school that implemented the series of books was so violent that teachers and administrators were regularly threatened. “We were concerned that leaders would not embrace such a traditional curriculum, but improvement in behavior was so marked that the local government is now using the curriculum in several Bolivarian schools.” Teachers continue to report marked improvements in attitudes and behavior after several years of the values training. And thanks to its success in the region, the ministry of education in Chile has designated Alive to the World as one of its seven approved curricula for values and sex education. “No matter what race, religion, or ideology, we all want our kids to be hard-working and disciplined,” says Burelli of the curriculum’s universal appeal. “We are building common ground from common sense.”

Burelli adds that Alive to the World appears to be working not just in improving behavior but at instilling democratic values—and AFF hopes this progress will produce lasting results. The John Templeton Foundation funded a study to measure how well students acquire democratic values. Students in grades four through six showed “significant positive changes” on 14 of 15 attitudes or actions associated with democratic participation. “Every little bit helps,” Carlos learns from his dad. “The more honest and law-abiding citizens there are, the better chance everyone has of being treated with justice.”

Alive to the World is also growing. But AFF, Burelli notes, does not target new regions for the curriculum: “They choose us.” Alive to the World has spread to 90,000 students in 15 Latin American countries and is continuing to expand, with pilot programs in Brazil, Great Britain, Spain, the Philippines, and Cuba. It has also prepared a curriculum for sub-Saharan Africa that covers the same universal values but focuses on some issues of local importance, such as HIV/AIDS. AFF hasn’t launched in Africa but recently started working with a group in Kenya to implement and manage the program. “We’re a small organization,” says Burelli, “And practically speaking, we can’t have offices around the world. We want local organizations to own the program and continue the work locally. We don’t want to go into Africa and give out 10,000 books this school year, with no way of continuing the program the next school year.” 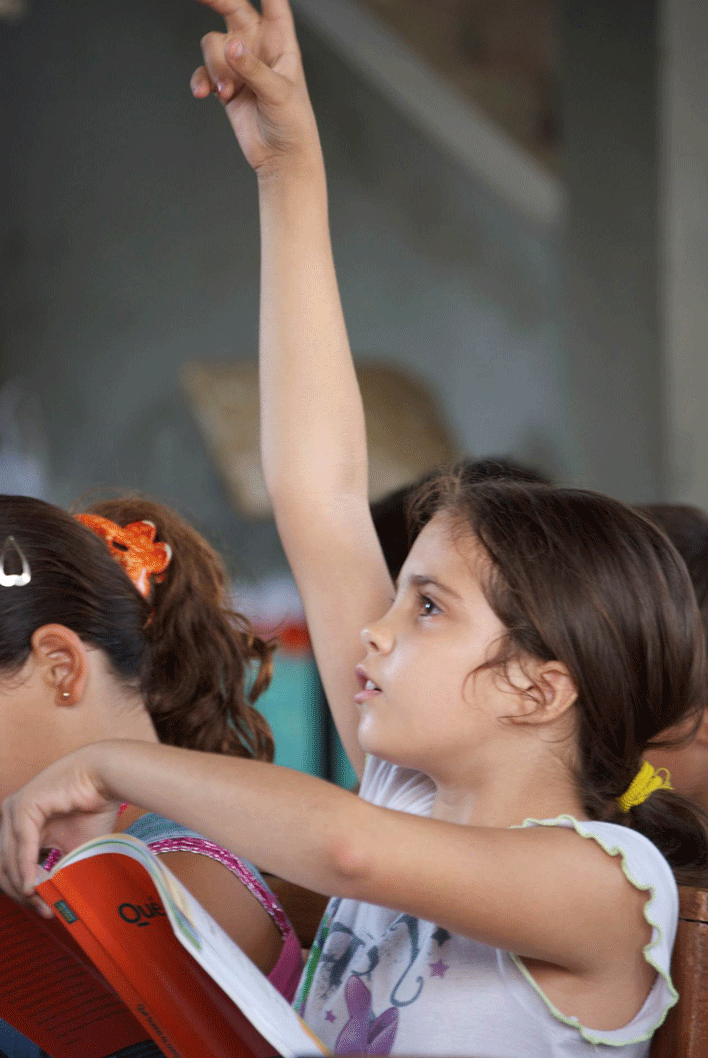 Burelli is particularly excited about AFF’s partnerships in Cuba. She first began working with the Catholic diocese of Santa Clara to create after-school programs for teaching values to young people. Burelli was overwhelmed by the response from local volunteer facilitators. “We planned to train about 50 instructors,” she explains, “but 235 showed up for the training because there is such a thirst for knowledge and training of this kind there.” About 20 percent of these trainers were teachers from government schools, and Burelli says there are now five local teachers using the curriculum in their classrooms with their headmaster’s approval. The program in Cuba will expand to 4,000 children and 400 trainers in 2012. Burelli is also in the planning stages of introducing entrepreneurship courses for high school students, which she believes would complement the democratic values courses and  provide these young adults with alternative means of making a living.

Cuban students light up with excitement talking about how they relate to the stories, Burelli says with a smile. “These are scenarios they’re all facing regardless of how rich or poor they are. If any one thing proved to me that you can teach universal values from an anthropological point of view, it is seeing these kids from different backgrounds and cultures identifying with the same set of lessons and situations. Universal values touch all basic human relationships.”

It is this universality that helps Alive to the World cross cultural barriers—from the impoverished students of Cuba to Muslim students in Britain. Other than language translation, only slight adaptions are made for the curriculum to be distributed in a new region. The stories—and values—remain the same across cultures. This is not surprising. As Alicia is reminded by her mom, “People are a lot more alike than you think. We’re all human beings, after all.”