John Walton was a war hero, entrepreneur and heir to the Walmart fortune who used his wealth to lead an “all-out revolution” in public education. His primary goal was to give at-risk students the power to leave failing public schools and pursue better education options.

For this work, Walton became the first philanthropist to receive the Simon Prize for Philanthropic Leadership in 2001, now named the Simon-DeVos Prize. With nominations for the 2022 Prize open, the Roundtable is profiling Walton and his incredible philanthropic contributions to the school choice movement.

“The Most Independent of the Bunch”

Walton always followed his own path. As his father, Sam Walton, transitioned his five-and-dime store in Bentonville, Arkansas into Walmart, the world’s largest retailer, Walton had many opportunities to join the family business. Instead, he dropped out of college, enlisted in the U.S. Army and joined the Green Berets, serving as a combat medic during the Vietnam War.

“I figured if you’re going to do something, you should do it the best you can,” said Walton of his decision to join the Special Forces.

In August 1968, while conducting a reconnaissance mission deep in hostile territory near Phu Bai, Walton’s six-man team was overrun by a “numerically superior” force. Under heavy fire from automatic weapons and grenade launchers, Walton defended their position while administering life-saving medical care to an injured soldier. Then, when an exploding grenade incapacitated the team leader, Walton took over, ordering airstrikes on the enemy and calling for two rescue helicopters to evacuate the team.

As hundreds of Vietnamese fighters closed in, Walton carried an injured solider under heavy gunfire to safety in a helicopter piloted by South Vietnamese Air Force Capt. Thinh Dinh that was so heavy it barely cleared the trees exiting the battlefield. For his courage, Walton received the Silver Star.

Upon returning home, Walton once again decided against joining his family’s fast-growing business and instead started a crop-dusting company in the 1970s, then a boat building company a decade later. Walton would later launch True North, a holding company for his various business interests.

“He’s the most independent of the bunch and the only one who doesn’t live here in Arkansas, and he’s a tremendous individual,” Sam Walton wrote about his son in his autobiography, “Made in America.”

Leading an “All-out Revolution” in Education

In 1983, Walton read a report that would forever shape his family’s philanthropy. “A Nation at Risk,” produced by the National Commission on Excellence in Education, detailed the failings of the public school system. “The educational foundations of our society are presently being eroded by a rising tide of mediocrity that threatens our very future as a nation and a people,” the report concluded.

Walton shared “A Nation at Risk” with his family members, including his father, prompting many conversations within the family about how to reform the education system. In 1987, Sam and Helen Walton launched the Walton Family Foundation. Shortly thereafter, the foundation made its first public charter school start-up grant.

In his autobiography, Sam Walton called for an “all-out revolution in education” with a specific focus on helping students in poor inner-city and rural communities. John Walton led this effort and soon became one of the most influential advocates for school choice in the country.

“We think that it’s tragic to have a country where everyone is equal under the law, but everyone doesn’t have equal opportunities to secure the most important asset ever, which is a good education,” Walton told Businessweek in 2002. “We want to help people who don’t have access [to a good education] and make education more broadly available.”

One of Walton’s first projects was the Children’s Scholarship Fund, which he co-founded in 1998 with fellow philanthropist Ted Forstmann. The pair offered 40,000 K-8 scholarships worth approximately $200 million to low-income students. With demand for the grants greater than the supply, Walton and Forstmann extended the program beyond its intended four-year run. To date, the fund has provided 191,500 students scholarships worth over $934 million.

That same year, the Walton Family Foundation funded 94 charter schools across the country. The foundation also helped launch the New Schools Fund and the Charter School Growth Fund to scale successful charter models that were having the greatest impact.

Since its first charter school grant, the Walton Family Foundation has given more than $386 million in grants, helping to create more than 2,100 charter schools and serving more than 840,000 students nationwide.

Walton understood the success of charter schools was tied to public policies that supported their growth and expansion. In partnership with Bill Oberndorf, the 2021 recipient of the Simon-DeVos Prize, Walton helped start the American Federation for Children, an organization that works to elect education reformers, pass education reforms and empower parents in their children’s education.

For his work in education reform and more, Philanthropy Roundtable awarded Walton the Simon Prize for Philanthropic Leadership in its first year, 2001.

Each year, the Prize is presented to a philanthropist who has shown exemplary leadership through his or her charitable giving. The Prize highlights the values proven to strengthen communities and improve individual lives. Specifically, the Prize seeks to advance the principles of personal responsibility, resourcefulness, volunteerism, scholarship, individual freedom, faith in God and helping people help themselves.

“When the committee met to decide the first recipient of the William E. Simon Prize for Philanthropic Leadership, it was a short discussion,” recalled Bill Simon, Jr., co-chairman of the William E. Simon Foundation. “John Walton’s leadership in empowering parents to make decisions around their children’s education made him the clear frontrunner.  John’s generosity in providing scholarships and working to further school choice is still inspiring us today.”

Never Leave a Man Behind

Walton’s generosity extended beyond his public work with the Walton Family Foundation to private acts of kindness.

In late fall 2003, Walton landed his private jet in Fargo, North Dakota. There, he picked up retired South Vietnamese Colonel Thinh Dinh and flew him to a Special Forces reunion in Las Vegas, Nevada. Dinh was the helicopter pilot who pulled Walton and his fellow soldiers out of the jungles of Vietnam 36 years prior. Walton’s gesture enabled Col. Dinh to be honored among other Vietnamese pilots who risked their lives in secret operations during the war.

The Prize includes a $200,000 award, which is payable to the winner’s charitable organization of choice, and a special presentation at Philanthropy Roundtable’s Annual Meeting in October. 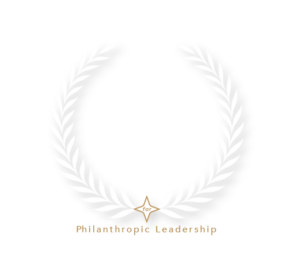