Generosity and Religion Making the Connection

Ward Brehm is a philanthropist, businessman, and on the board of the United States African Development Foundation, which serves the “poorest of the poor” by making direct investments into enterprises run by Africans. He is the author of the new book Bigger Than Me. The following is excerpted from remarks he made at the National Prayer Breakfast and an Opportunity International event.

The best way to aid the poor is through job creation and steady paychecks—the only sustainable way of making sure they will not be impoverished in the future. To achieve this, however, many of the poor will require help. They need, as the old saw holds, to be taught how to fish. They also need ponds from which a living can be angled.

For those things, the assistance of other people who are motivated to be generous will often be necessary. So what motivates people to be generous? Why would people share their resources with others?

Well, the most common and powerful force in that direction is religion. It’s easy, though, to become disconnected from the encouragements to generosity that faith holds up before us. I know. I am a recovering Type-A controlling businessman. For a long time, the only thing on my personal radar screen was me. 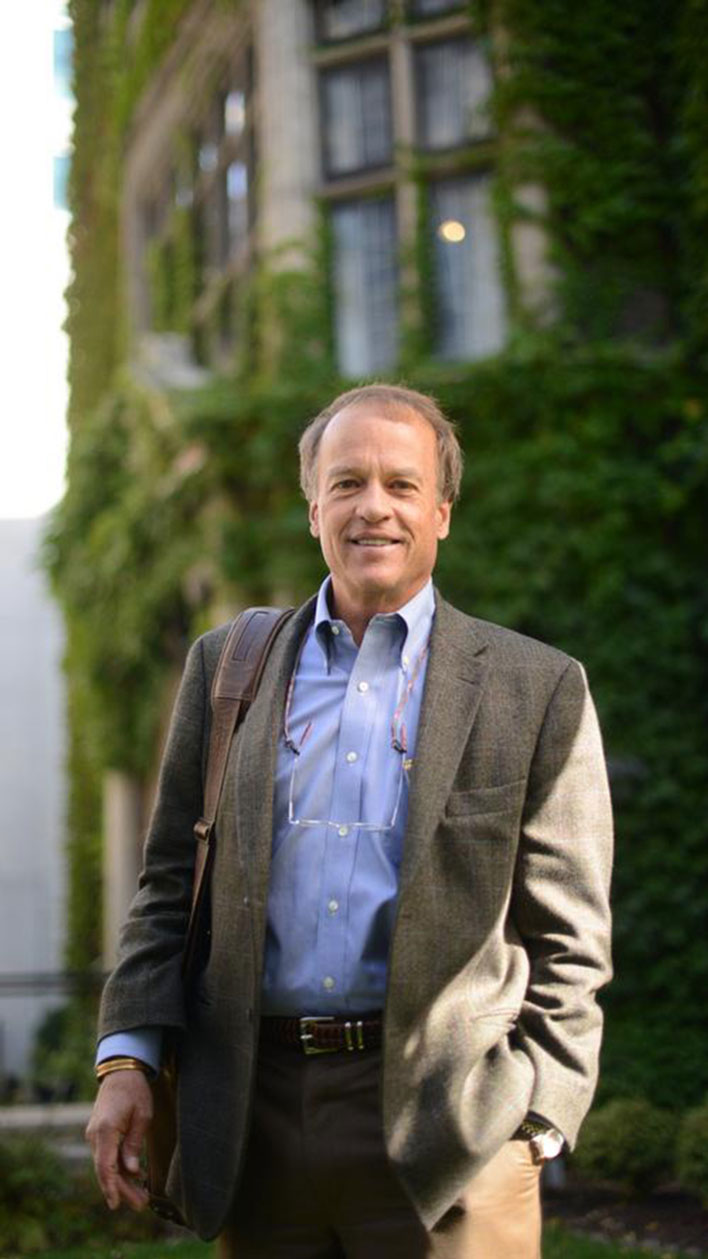 Ward Brehm was cajoled into visiting Ethiopia, and left a changed man.

Eventually, though, the religious call to be generous reached even me.

They say that if God wants to get your attention he will toss a pebble into your life. If that doesn’t work, he’ll throw a rock. As a last resort he’ll heave a brick! Africa was my brick.

In 1994, in the Los Angeles airport, I bought a copy of Stephen Covey’s book The Seven Habits of Highly Effective People. I didn’t buy it to learn anything, but just wanted to make sure he got them all right! As I plowed into the book I was intrigued by Covey’s notion that identical sets of facts can mean very different things to people because of their worldview. I wondered how worldviews change.

At the time, Somalia was in the news. Countless people there were dying from starvation. I felt no real connection to this humanitarian crisis, though. My radar screen was full.

One week later I made one of my occasional stops at church. My pastor, out of the blue, took me aside and said, “Ward, I’m going to Africa in two months, and I would like you to go with me.” I told him “No.” I didn’t have the time or interest.

He said, “Would you at least pray about it?” I looked at him and said, “You’re the pastor; you pray about it. I will think about it, but suspect my answer will still be no.”

He must have prayed hard, because two months later, I found myself in the Minneapolis airport with a ticket to Ethiopia in my hand. I was surrounded by—for lack of a better word—church ladies. And they were hugging me. Then someone suggested we pray before we departed, so I found myself outside Gate 8A, holding hands with a group of strangers. At that point I uttered my first heartfelt and sincere prayer: “Lord, don’t let any of my clients see me!”

And then we flew 12,000 miles to Africa, and a million miles from my comfort zone. I saw the emaciated faces of famine, families shattered by civil war, children doomed to blindness for the lack of a 50-cent medicine. I had my heart broken over and over.

On one occasion, I was sleeping in a hut and awoke to see a little boy peeking through the door. I noticed he was staring at my stash of power bars. Suddenly he snatched a bar and ran away. “Kids are the same everywhere,” I thought. Then I stepped outside the hut and found the little boy kneeling over his two-year-old sister, who had a terribly distended stomach, feeding her tiny pieces of protein.

It’s often only when things fall completely apart that we turn to God. It’s the rogue events in life: death, cancer, business failure, addiction, divorce, crises. These things drop us to our knees. All across the world, and right here in America, there are people for whom things are falling apart. They are living in crisis mode.

God is often all these folks have. Except that God commands us, their neighbors, to love them as well, with all our hearts. The greatest hope for those in misery often ends up being helpers and leaders that God has inspired to take their side.

Jesus said that in the final reckoning, he will tell the righteous, “I was hungry and you gave me something to eat, I was thirsty and you gave me something to drink, I was a stranger and you invited me in, I needed clothes and you clothed me, I was sick and you looked after me, I was in prison and you came to visit me…. Whatever you did for one of the least of these brothers and sisters of mine, you did for me.”

Of course, in our quest to be helpful, we can rob the poor of their dignity. In order to be of help to the poor, we need to understand them. They are not a group, or a separate species. They are identical to us in their hopes and dreams.

Interestingly, when givers and volunteers engage with people in need in a knowing and loving way, they find that they themselves are changed, and able to see relevance and meaning much bigger than themselves. Deep down, I believe, most people would love to have God change their lives. And here’s the thing: He will if asked.

The changes that result when you let religiously inspired generosity become part of your life may feel scary at first. Ultimately, though, we are ennobled. We are able to live a life of purpose instead of just rumbling on by default.

I was talking with a Hindu friend and he asked me a very simple question: How does one obey the first and most important commandment of the Christian faith—to love God with all your heart and soul and strength? I struggled for an answer. Then I realized that right after delivering that first commandment, Jesus offered a second one he described as “very like” the first: “Love your neighbor as yourself.”

Click. The real and tangible way to demonstrate the love of God is to love your neighbor. When your faith moves you to help another person, you are responding to the deepest human questions. Is life more than just a series of random events? Does the universe have meaning? How do we know God is good? How does he show his children that he cares for them?

The answer to these questions is astounding.

The answer is—us! Our charitable actions on God’s behalf are proof of his presence and love.

And here’s something even more astounding: God has no Plan B.