This is a very bifurcated market,” says Don Perry, a retired broadcaster and the former manager of CBS Local 2 in California’s Coachella Valley, about 120 miles southeast of Los Angeles. “It has extreme wealth and extreme poverty, with very little middle class. It’s kind of like Aspen. If you work here, you can’t afford to live here.”

Best known for the twin resort cities of Palm Springs and Palm Desert, the Coachella Valley offers sultry temperatures that lure upward of 150,000 part-time residents, or “snowbirds,” each winter. The valley is a desert but, thanks to irrigation, it’s sprinkled with oases of green. There are more than 100 golf courses, attracting wealthy retirees, and 100,000 acres of farmland, drawing indigent fieldworkers. The result is a mix of lavish houses in gated neighborhoods and mobile homes in trailer parks.

From this concentration of wealth and poverty emerge an estimated 1,000 charitable organizations serving a population of more than 400,000 residents. Like many nonprofits, the local helping groups are rich in ideas and enthusiasm but short on revenues, exposure, and volunteers. But this region has produced a model for magnifying charitable action in a small market. A local foundation and a television station have harnessed the reach of mass media to the power of philanthropy, devising a system worthy of being copied elsewhere.

In 2008, the H. N. and Frances C. Berger Foundation, a Palm Desert-based philanthropy that has donated more than $400 million throughout California and the U.S., was called on by representatives of a regional TV station. CBS Local 2 had dreamt up a simple idea: Each month, Berger would present a charity from the community with a grant of $25,000 for the excellence of its work, and the TV station would publicize what the nonprofit does. The combination of funds and exposure would give the recipient charity a real boost. The foundation liked the concept. It agreed to a 12-month trial run. Thus was born the Coachella Valley Spotlight.

“We do a story about the charity on ‘Eye on the Desert’—our program that runs at 6:45 p.m. Monday through Friday—about what the organization does, how it gives back to the community—and then we have a check-presentation ceremony that also gets a story,” explains Mike Stutz, general manager of the company that owns CBS Local 2. For the rest of the month, the station periodically salutes the organization on its top-of-the-hour identification breaks. “We make it a big deal.”

Six years after its launch, the Coachella Valley Spotlight is thriving, having distributed $1.5 million in grants and countless dollars in free airtime to more than 60 charities in the valley. Beneficiaries have ranged from veterans’ programs to addiction-recovery clinics to after-school ventures. The feature is a popular part of the local newscast, and between 60 and 100 charities apply for the program annually.

“Initially we were doing the Spotlight just for the benefit of others,” says Catharine Reed, a member of the Berger Foundation’s board of directors. “But we have been amazed to see how it has helped the foundation, too, by raising awareness and letting us meet new people and learn about more organizations in our community.”

The program likewise has been an asset for the station, delivering monthly, ready-made installments of what local news desks crave most nowadays: positive stories, drawn from the community, with a strong human-interest element. “Our business has changed,” says Stutz. “When I started out 30 years ago, there were three affiliates in the market. CNN was just getting started. You didn’t have the Internet. You didn’t have all the competition you have today.” Now, to differentiate themselves from what’s available online and elsewhere, local news stations must offer truly local content—and preferably not the usual fare of drug arrests and house fires.

“What better way to show localism than to highlight these nonprofits that do so much for our community?” asks Stutz.

For the small nonprofits that have basked in the glow of the Coachella Valley Spotlight, the combination of $25,000 and widespread recognition has been a boon, and in some cases a lifesaver. The Berger Foundation “has the power to exponentially expand its donations by using TV and other media to promote you,” says Christy Porter, executive director of Hidden Harvest, a Spotlight awardee that delivers surplus produce from local farmlands to needy residents. “Everybody watches CBS. That’s where ‘NCIS’ is,” she adds, tongue-in-cheek. 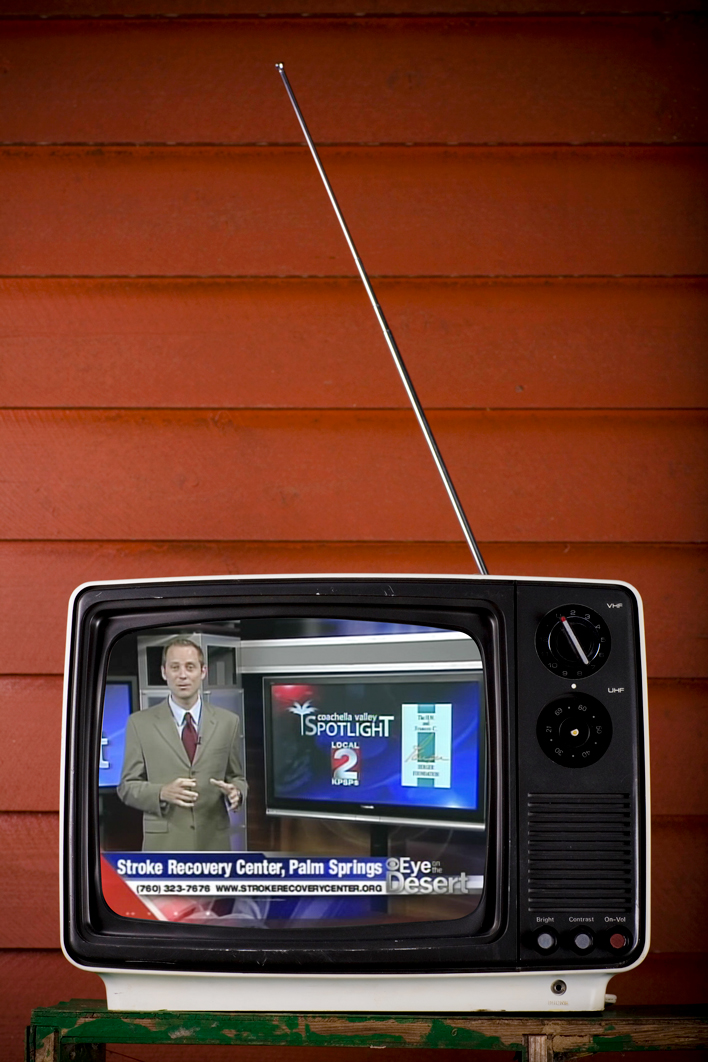 The coverage also serves the nonprofits in ways beyond the financial. A soup kitchen, after all, no matter how well stocked, is of little use if no one knows where to find it. The televised promotions enable charities to reach those who need their help. “Being on TV for a whole month, I would get phone calls every day from people looking to get dental services at our clinic,” says Marianne Benson, founder of another Spotlight honoree, Desert Friends of the Developmentally Disabled.

Other groups have found that the airtime is a powerful recruitment tool. “We had a huge influx of volunteers,” says Erica Stone, founder of SOS Ride, which offers transportation for nearby military personnel to and from local hubs. “And it came at just the right time—in the summer, when we need help even more because all the snowbirds leave.”

Most of all, for these small organizations, receiving a grant from a major philanthropy and appearing on TV has proven invaluable in making new connections within the valley. “It was a real boost for us, that’s for sure,” says Tim Ingram, president and executive director of Camp of Champions A & M, which hosts sports clinics at local schools as an incentive for improved academic performance. “It cemented our credibility with people, schools, and other charitable foundations and organizations.” Now, when Camp of Champions approaches a prospective donor or partner, it does so as an established, trusted presence in the community.

Taking it to the next level

Heightened prominence can also aid charitable organizations’ fundraising. “This year has been our best year for fundraising in the history of Tools for Tomorrow,” says Edward DiNicola, reflecting on the nine months since his after-school program was chosen for the Coachella Valley Spotlight. “And it’s because of the exposure and people being able to see the results of what we do.”

Not all the honorees have been able to replicate that success. “I don’t think the recognition led to any bigger donors for us,” laments Tim Evans, chaplain and co-founder of the Unforgettables Foundation, which assists grieving families who are too poor to pay for their children’s funerals. Evans doesn’t fault the Spotlight for this failure. His group didn’t anticipate the sudden spike in publicity. “We should have been more prepared to parlay that, to leverage that to higher levels,” he reflects. “There’s no doubt that being part of the Spotlight was phenomenal for our organization—it was a ten. But I’m just a little bit remiss that we didn’t make more out of it, because I realize that your five minutes in the sun comes and goes very quickly.”

Lessons like this continue to be learned. “Every year we ask, ‘How can we do this better?’” says the Berger Foundation’s Reed. Following up with Spotlight beneficiaries in the months after the award helps keep things on track.

CBS’s Stutz has promoted the charity spotlight idea as a “best practice” to the sister stations in his company. Christopher McGuire, a vice president of the Berger Foundation, reports he has discussed the concept with his peers at Philanthropy Roundtable meetings. Given the benefits for charities, foundation, and station alike, the Spotlight may be a philanthropy and media collaboration that could shine in many other parts of the country.