Spring 2016 – Are College Sports Out of Control?

Campus athletics are growing, but not exploding

In 1852, what most regard as the first intercollegiate sporting event—a rowing race between Harvard and Yale—took place on Lake Winnipesaukee in New Hampshire. The sponsors included a railroad line and a brewery. Although the start had to be delayed to enable the athletes to sober up, Harvard eventually won and its rowers received coveted black oars from future United States President Franklin Pierce, who attended.

Collegiate sports have come a long way since then, but commercial revenues still provide financial support for them. And Gilbert Gaul argues in his new book, Billion-Dollar Ball, that athletic programs at a number of major universities have become so lucrative that it should be questioned whether they deserve to be considered part of higher education and entitled to the various benefits, including tax savings, that colleges and universities normally receive. 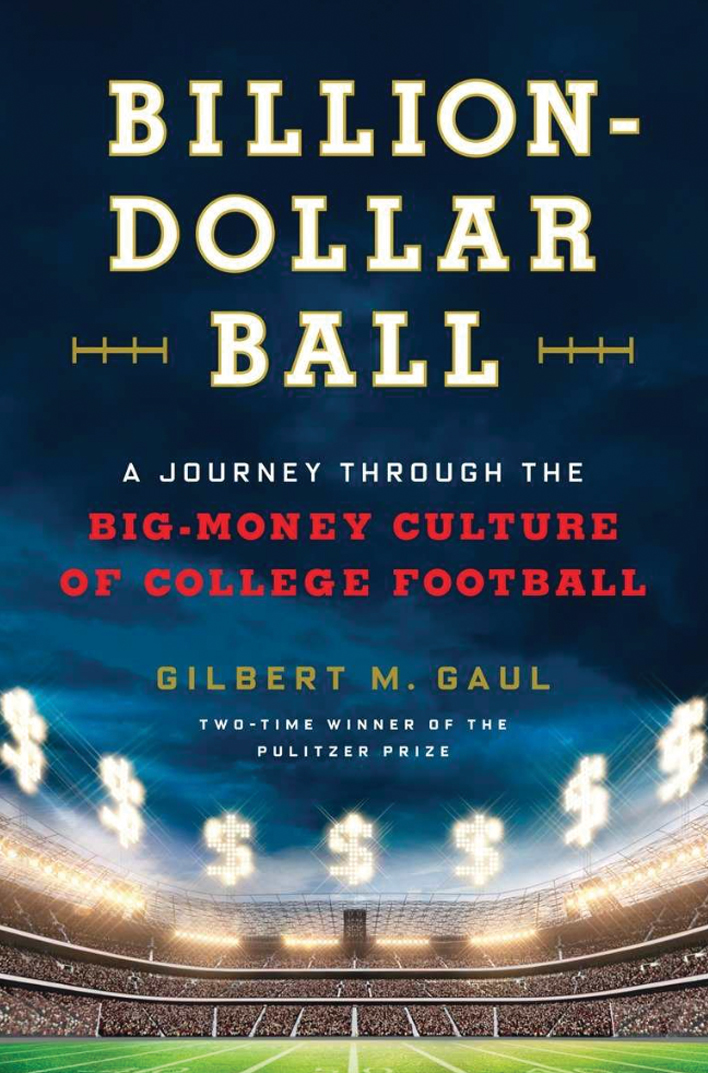 This is not a new topic for Gaul, a Pulitzer Prize-awarded journalist who has reported for the Washington Post, Philadelphia Inquirer, and other papers. In an earlier book, Free Ride: The Tax- Exempt Economy, he and Neill Borowski took on the profit-making arms of hospitals, trade associations, and research laboratories at universities. They accused these organizations of serving private interests rather than public ones, and urged that the law should not treat them as charities.

Putting “big-money” athletics in the dock this time, Gaul levels essentially the same indictment. But as in his earlier book he confuses the performance of a small proportion of organizations with the main body, exaggerates their transgressions, and offers no practical remedy. Failing to separate excesses from wider practices, Gaul ignores the possibility that “big-money” sports—and for that matter, other kinds of commercial activity carried out within sectors of the nonprofit world—might serve useful purposes, justifying their inclusion as one element of higher education.

Gaul focuses his attention on the programs of the “Power Five” athletic conferences: the Big Ten, Atlantic Coast, Southeastern, Big 12, and PAC-12. The schools in them are predominantly large state universities that have long traditions of intercollegiate football and considerable (though by no means unlimited) authority over how they conduct their programs. Their games are heavily televised, earning them copious broadcast revenues.

Successful football programs also often bring substantial flows of donated money to colleges—from alumni and local givers. What the members of top football conferences do with their revenues is what agitates Gaul. Many use them to build or expand lavish stadiums and other facilities. They also pay seven-figure salaries to coaches, and employ numerous staffers to administer their athletic programs and oversee their athletes. To ensure that their players meet NCAA academic standards they employ armies of tutors and counselors, and erect state-of-the-art study halls. To market their teams, they invest heavily in media events and develop licensing agreements with clothing manufacturers and others to promote their “brands.” Gaul reports that at the University of Oregon and elsewhere, the provisions for student athletes are now more lavish than those to which even honors students have access.

In the past two decades many universities have moved toward a business model that expects most campus departments and schools to be self-supporting to some considerable degree. Programs with falling enrollments can face retrenchment, or even elimination unless schools choose to subsidize them. Major athletic departments with fast-growing revenues from football have thus been able to use much of their money for sports expansion, unless they decide—and, Gaul emphasizes, it is often their decision—to share funds with other parts of the university.

At some prominent Power Five universities, not even the school’s other athletic programs have benefited much from the dollars flowing into football. Gaul constructs a table showing that among the athletic departments that were most successful financially in 2012, only Stanford’s supported a significant amount of student participation in varsity sports besides football. (The University of Alabama operated a total of only 15 varsity teams, with just 478 student-athletes.) By contrast, some universities with less lucrative football programs but other fat sources of revenue—like Princeton, Harvard, and Yale—fielded more intercollegiate teams and involved more students in them.

Academics have been torn on this subject. In 1987, Ira Heyman, then chancellor of the University of California, Berkeley, told a meeting, “We have overemphasized athletics to the point that athletics has become more important than education.” There have been blue-ribbon commissions, NCAA task forces, and Congressional hearings about the dangers of “big-money” sports. But not much has changed, except for continued growth in athletic programs.

Gaul entertains faint hope that university leaders might rein in their sports programs. He quotes one expressing the view that doing so would be a quick way of becoming an ex-president. Nor does he expect rebellion from college athletes. He suggests that paying them, as some critics who believe they are being exploited suggest, would just redistribute the proceeds of a system he dislikes, not restructure how it works.

Changing public policy is not a likely solution either. Altering the tax laws to remove tax- exemption from the television benefits and other commercial revenue athletic departments receive, and tax-deductibility from donations tied to tickets and other perks, would undoubtedly undermine the economics of “big-money” sports. But as Gaul notes, clever accounting can find ways to counteract such changes. And Congress has resisted such interventions in the past.

A crucial reality that Gaul fails to acknowledge in this book is that, actually, relatively few of the “big-money” athletic programs are financially flush. In fiscal year 2013, according to the NCAA, just 20 of the top-division athletic programs earned a profit. The schools Gaul focuses on are the elite, not the mainstream. They pay the higher salaries, have larger staffs, and occupy fancier facilities. A few even give money to other parts of their schools. While the rest of the 125 schools in the “Football Bowl Subdivision” drew 80 percent of their revenue from ticket sales, broadcast revenues, and donations, they also relied on subsidies from their colleges or universities, who view these investments as marketing and student-life support. During the past decade, athletic expenditures as a percentage of university budgets grew from 4.6 percent to just 5.8 percent—hardly an explosion.

If spending on intercollegiate sports is not as wildly out-of-control as Gaul suggests, one can still ask whether it should be treated as part of an educational and charitable enterprise, rather than as an entertainment business which should be taxed. The fact that most universities and colleges are willing to subsidize their programs—and the importance of the subsidy rises rapidly among lower-division schools—suggests one answer: The institutions involved seem to think there are important payoffs to athletic investments.

Considerable academic research has been done on how successful sports programs affect donations to colleges, applications for admission, and other aspects of higher education. A 2009 paper by the Congressional Budget Office summarized the findings as “positive but small.” Even state-government appropriations tend to be more forthcoming for colleges with a football team (whether or not it had a winning record), according to one study.

In other words, contrary to what Gaul argues, “big-money” football can further the educational capacities and purposes of universities in any number of ways. Astronomical salaries for coaches, luxurious seating in stadiums, and “donations” that seem more forced than voluntary may simply be the costs that have to be incurred (at least in some schools) to remain competitive. Supporting higher education for its own sake might be preferable. But the former president of a top-division school may have shown a better grasp of reality when he stated: “Show me a chemistry lecture that attracts 100,000 people to my school.”

Leslie Lenkowsky is professor of public affairs and philanthropic studies at Indiana University, and a contributing editor of  Philanthropy.