Is the Gates footprint too big?

I had a chance to hear Linsey McGoey speak last fall on her book No Such Thing as a Free Gift. She was earnest, and considerate of opposing viewpoints. Unfortunately, her openness to opposing points of view is not evident in the written text. The majority of her critique of Gates and other “plutocratic philanthropies,” which is patchily sourced and largely uninformed by original research, simply lays out highly statist, pro-government, and pro-welfare opinions, with evident anti-capitalist biases and repeated insinuations that generous deeds are inevitably bound up with self-interest. 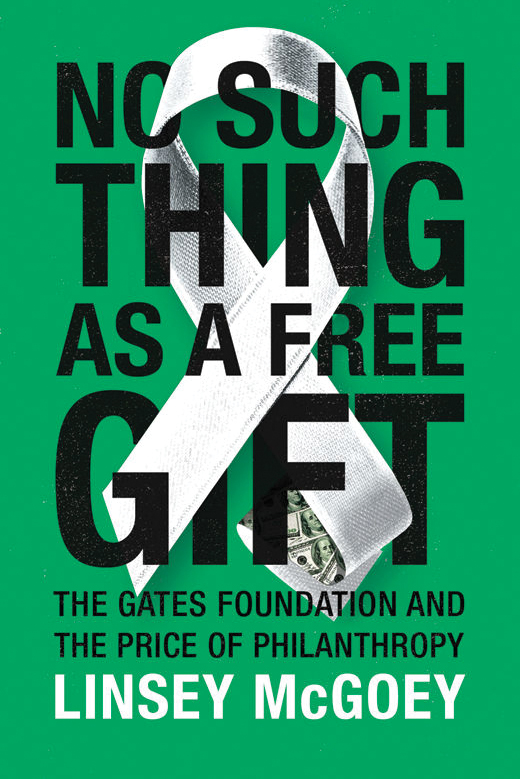 No Such Thing as a Free Gift: The Gates Foundation and the Price of Philanthropy By Linsey McGoey

McGoey’s opening quote from R. H. Tawney is a fitting summary of her argument: “What thoughtful rich people call the problem of poverty, thoughtful poor people call with equal justice the problem of riches.” What follows this opening is a predictable leftward narrative: Wealthy donors are using philanthropy to dodge taxes, and if they paid their fair share to begin with society would be solving its problems with greater equity and less self-gratification.

While it would be easy to dismiss this book as ranting and repetitive, McGoey does raise some interesting questions about the advent of philanthropic entities with a larger footprint than governments. She reports that Gates provides 10 percent of the total budget of the World Health Organization, more than the U.S. government in 2013. She points out that “according to its charter, the WHO is meant to be accountable to member governments.” Is it a problem when the WHO is also accountable to the Gates Foundation?

McGoey makes a similar argument on the domestic front. The foundation is now the largest single supporter of U.S. primary and secondary education. This becomes an objection because of her distaste for the school-reform interventions favored by Gates: standardized testing, charter schools, online education, for-profit vendors, teacher-pay-for-performance, etc. McGoey does acknowledge the Gates Foundation’s responsiveness to criticism and willingness to discontinue failed policies, such as its $2 billion small-schools initiative.

Perhaps the most unfortunate piece of her critique is the psychological motivations she attributes to charitable giving. Philanthropists “are here to save the world—so long as the world yields to their interests,” she writes. And their “answer to ineffective philanthropy is more of it.” To disagree with the Gates Foundation’s approach to various issues is entirely reasonable. To argue that the organization is driven by a superhero complex that makes it oblivious to its effects is not fair.

The Gates Foundation’s commitment to eradicate polio from the face of the earth is the opposite of a vain and self-perpetuating program—it aims to press a real problem to extinction, thereby putting itself out of business. So here, McGoey shifts to criticism that Gates isn’t spending more on things she considers to be a higher priority—measuring the handful of remaining polio cases each year against thousands or millions afflicted by other diseases. This type of reasoning does not take into account the untold numbers of people who will never be at risk of polio once it is wiped out, or the funds now needed for prevention that will then be freed up for other ends.

Ultimately, McGoey’s critique rests on the assumption that reform and social progress should be led by the state, not by self-organized citizens. She seems never to have flipped her criticisms of philanthropy in the other direction and considered that for statists “the answer to ineffective government intervention is more of it.”

No Such Thing as a Free Gift raises big questions about philanthropy, generosity, and power. Any answers of useful complexity, however, will have to be provided by others.