Ethics from Singer. Giving tips from Buffett. Billions from Christians. Careers for the homeless.

Princeton ethicist Peter Singer argued in the New York Times in August that some philanthropic causes are objectively more worthy of funding than others. He imagines a philanthropist weighing whether to donate to an art museum or to the prevention of blindness in a poor country. With $100,000, Singer conjectures, the philanthropist could enhance 100,000 museum visits, or he could save the sight of 1,000 poor people. He suggests the only right choice is to prevent blindness.

Everyday Times readers disagreed, and crafted strong rebuttals to the professor. Jake Hildner from Chicago asked: “Are we ethically prohibited from enhancing our communities by giving to the cultural, educational, spiritual, or recreational institutions that mean the most to us so long as more urgent problems exist anywhere in the world? To state the proposition is to refute it. For that matter, are we ethically prohibited from spending money for the benefit of ourselves and our families beyond bare necessities so long as those same problems persist?… Unless Mr. Singer lives in a shack, subsisting on gruel, water, a typewriter, and one kidney, I’m sure he agrees.”

Other readers pointed out that things like art inspire people to go out and cure diseases: “An effective attack on the scourges that Peter Singer cites, and so many other endemic diseases, will be mounted only by an ethical society with an educated, broadly aware populace. It is a society’s cultural institutions—its libraries, museums, universities—that provide the foundations for such a society,” wrote Robert Green from New York. And Barbara Barran from Brooklyn got right to the point: “The amount of suffering in the world is limitless; diminishing my ability to enjoy the arts is not the answer to curing poverty and disease. Without the arts, life is not worth living.”

Every Cause Is Not Alike

When their local animal shelter SAVE asked for donations to build new housing for unpopular large dogs and aging cats, Bernard and Jeanne Adler of Princeton, New Jersey, gave $50,000. But then SAVE merged with another non-profit, and told the Adlers their gift would instead go to build a different facility in a nearby township. The Adlers asked for a refund. When they didn’t get it, they sued. After a lengthy legal battle, in August the New Jersey Superior Court ordered the non-profit to return the Adlers’ money, the Star-Ledger reports. “We hold that a charity that accepts a gift from a donor…is bound to return the gift when the charity unilaterally decides not to honor the donor’s originally expressed purpose,” Judge Jose Fuentes wrote in his opinion. The decision is a clear win for donors who want their gifts to be used as they intend. It’s also significant, legal experts say, because most previous court decisions regarding philanthropic wishes involved deceased donors, not living ones. Now, in addition to being generous animal-lovers, the Adlers will be known as trailblazers in protecting donor intent. 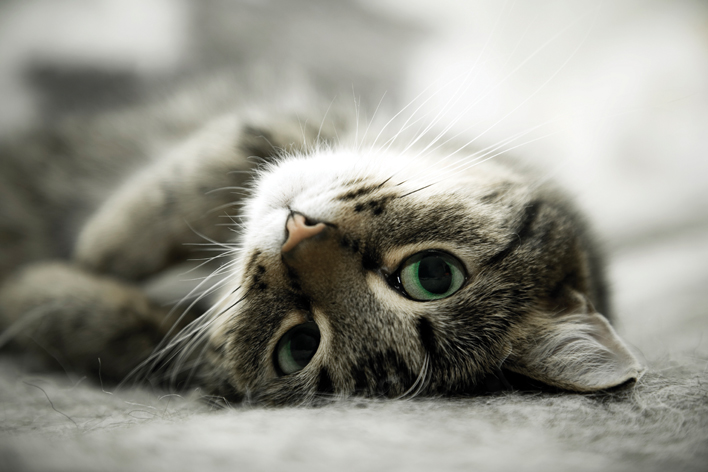 For many, the National Christian Foundation is not a household name. It doesn’t even have a Wikipedia page. But the meteoric rise of the 31-year-old organization is remarkable. For its first dozen years of existence, founder Terry Parker ran it with the help of just one assistant. By 2005, it broke into the Chronicle of Philanthropy’s list of the 400 highest-grossing charities. Foundation leaders attributed its rise to increasing expertise in handling non-traditional gifts—donations besides the usual cash or stocks. By 2012, the foundation was the 19th biggest American recipient of private gifts, topping Harvard, Yale, and the American Heart Association (among others) in donations collected—$665 million that year. In September, the Georgia-based foundation announced it had given away its four billionth dollar since its founding in 1982. That dollar, and a lot more, went to an orphanage in Thailand that houses and educates children rescued from the sex trade. Though denied headlines, the impressive achievements of this foundation are classic examples of the generosity of faithful givers.

Philanthropy for the Masses

“The trick is not to have her give it away faster than I make it.” So joked Warren Buffett to the Associated Press about his sister Doris and the online course on responsible philanthropy she helped launch this summer with 10,000 students from 70 countries. “Giving With Purpose” features tips from business and philanthropic leaders, including Warren Buffett himself. Doris Buffett provided dollars for the student-philanthropists to donate in real life: Drawing upon their lessons learned, each class will allocate $10,000 to a deserving charity.  —Emily Holmstead

He was called the patron saint of New York City’s Catholic schools, but Peter Flanigan’s contributions to education extend well beyond that. Born in 1923, he spent most of his 90 years in his beloved New York. An investment banker by trade, he served as a Navy carrier pilot during World War II and later as an economic adviser in the Nixon administration. Then, for more than three decades, he helped lead the charge in America for school choice. In 1986 Flanigan came up with a way for community members to buy in, founding Student Sponsor Partners, an organization that pairs disadvantaged students with mentors who support their tuition at participating New York City Catholic schools and spend time with them individually. From the 45 students sponsored the first year, the program has grown to support 1,400 today. Compared to their peers, SSP students are almost three times as likely to attend college, and many have returned to become sponsors themselves. He served on the boards of the John M. Olin Foundation and several schools and educational philanthropies. For SSP and other philanthropic initiatives in support of countless charter, Catholic, and alternative schools, Peter Flanigan was awarded the first annual William E. Simon Prize for Social Entrepreneurship in 2001. Educational opportunity had no greater champion.

For three decades, Richard Larry moved behind the scenes meeting people, making connections, and giving grants—playing a key role in the philanthropy that funded the conservative movement. As president of the Sarah Scaife Foundation and treasurer of its companion, the Carthage Foundation, Larry helped Richard Mellon Scaife spend his fortune on principles that both men cared about: “Judeo-Christian values, morals and traditions…limited government, property rights, the rule of law…and a strong national defense,” as Larry told the New York Times in 1998. “They just created so much of the conservative intellectual movement by funding it and allowing people to do their work,” says John Von Kannon, a Heritage Foundation vice president who often worked with Larry and whose institution received tens of millions from the Scaife foundations over the years. An avid fly fisher and target shooter, Larry was a fixture at the Scaife Foundations from 1969 until his retirement in 2001. But he never flaunted his position or his accomplishments. When Von Kannon asked him what he told his shooting buddies about where he worked, Larry said: “I just tell them I work for Mellon bank.”

When Chicago businessman Tom Owens retired in 1991, he felt inspired by Mother Teresa to do something to help his community. The Cara Program was the result. One of the premier self-sufficiency training programs in the U.S., Cara prepares homeless and impoverished people for long-term careers. A longer version of this interview is available at PhilanthropyRoundtable.org.

Q: How did you get involved in philanthropy?

A: After I retired from my work as an information technology entrepreneur, I was too young to stand on the sidelines, and I saw this opportunity among the homeless shelters in Chicago. There were about 80 long-term shelters, halfway houses, addiction treatment centers, and so forth, and they all had their own jobs programs. But from what I saw, the jobs available were not career jobs. Too many weren’t substantial enough for someone long-term.

My vision was to tap my friends from business and create a professional job platform that would serve all of these individual shelters and place residents in careers.

Q: Is it difficult to find job placements?

A: When I described what I wanted to do to my business friends, there was a heavy degree of skepticism, which honestly I shared too. Our early placements didn’t stick, largely because our people didn’t change their habits or their peer groups. Now we heavily screen our applicants for motivation, and their rate of job retention after one year is 20 points above the national average, in spite of all the baggage they carry. Meanwhile the reputation of our staff has developed among Chicago’s employers. Many big-name companies like Northwestern Memorial Hospital, JP Morgan Chase, and University of Chicago Medicine have been with us for 15 years and keep coming back because the results are good.Q: What do the homeless look like today?

A: There seem to be a growing number of what I call the “couch homeless”—typically a single mom living on a relative’s or friend’s sofa with her kids. There is a high degree of depression. The economy has crushed the middle class and converted some to the lower class.

Q: What are some of the secrets of your program?

A: A lot of it has to do with changing their attitude about who they are and what kind of opportunities they have. That’s the key to Cara’s success. The average age of someone entering our program is 41. They have been through the mill when it comes to programs, and nothing has worked. Our program is entirely voluntary, and people come because they want to change. If a person comes into the program and isn’t that interested in changing his or her life, not much can be done. The person needs to be sick of his current circumstances; he has to be in a place where he thinks, “I have to change.” A lot of people do it for their kids and other persuasive reasons. They also need to see enough success from their peers in the program to reinforce the fact that they can be successful too.